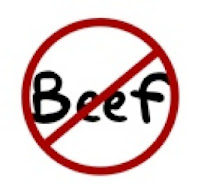 October 13, 2007 (GBN News): Mayor Michael Bloomberg announced today that effective November 1, all sales of beef will be banned in New York City. In a statement to reporters at City Hall, the Mayor said that the beef ban will be put in place so that, as he put it, “Those pesky parents won’t be needing to call their kids all day on cell phones to ask if they want beef or fish for dinner.”

Despite recent incidents in Cleveland and at St. John’s, where cell phones proved to be a major boon to students’ safety, the Mayor has insisted that parents only need them to contact their children about the dinner menu. With beef banned from supermarket shelves, Mr. Bloomberg said, parents would have no choice but to serve fish every night, and “they can once and for all stop sending their kids to school with cell phones.”

The question was raised as to whether the Mayor has the authority to unilaterally ban beef sales, or whether this would require a City Council vote. But Mr. Bloomberg countered that since this is an education related issue, the state Legislature has given him full control to make the decision on his own.

The Mayor also said that the ban on beef will have the additional benefit of improving the health of New Yorkers. He pointed out that under his administration the city has already banned trans fats, and said that the beef ban is a logical next step to promote healthier eating.

A reporter pointed out that parents say they want their children to have cell phones for their own safety, especially given the recently reported incidents of gun violence. The Mayor responded, “More people die each year from high cholesterol than from school shootings. Let them eat fish!”

Analysts said that the beef ban may put the Mayor at odds with President Bush, normally an ally with respect to education policy. The President is from Texas, a major cattle producing state, and he is likely to oppose the ban on the grounds that it will hurt his state’s economy. The Mayor said that he will not yield to political pressure, however. “I will do what it takes to uphold the ban,” he declared, “if I have to stand there and block the supermarket doors myself.”

The Mayor’s announcement came hours after he was released from Bellevue Hospital, where he had been admitted for psychiatric evaluation. GBN News has learned exclusively that Mr. Bloomberg was seen roaming the streets late last night, accosting passersby and demanding to confiscate their cell phones. The results of the evaluation have not been released.
Posted by Gary Babad at 10/13/2007 03:32:00 PM

ONE OF THE BEST AND FUNNIEST BLOG'S I'VE READ... THANKS FOR MAKING MY DAY... I JUST HOPE THAT BLOOMBERG DOESN'T READ IT and GET ANY IDEAS!! LOL