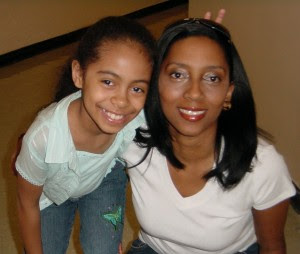 Last week, we learned that Chancellor Klein sent a “Notice of Intention to Revoke Charter” letter to East New York Prep Charter School (ENYP). It’s not often that the Chancellor revokes charters, so this sent folks in charter land reeling.

After the stalemate with the State Legislature on changing the charter law for Race to the Top funding, this was bad news we did not need. The administration refused to lift the cap, since the legislature’s proposal would allow district parents to have input on school sitings – yet another way that parents in New York City have been excluded from the conversation on school reform.

Although charters are public schools, the practice of ignoring the district parents' concerns in co-locations can no longer continue. It seems the views of the actual stakeholders, public school parents in both the district and charter system, are always ignored.

The financial mismanagement and corporate chicanery that occurred at ENYP and other charter schools underscores the need for more accountability, transparency, parent voice and teacher protections at charter schools.

Parents complained to the DoE and were ignored. They also had no clue about the rules governing accountability in the charter contract. Teachers stood up for their students and were fired. Low performing and special ed students were expelled from the school so that Sheila Joseph could perform well with the only thing that charters are judged on – test scores.

For more information about the closing of this school, see also Head of charter school set to close fires back at teachers, DOE (GothamSchools); School flunks out (NY Post).

We at PS 15 appreciate this post Ms. Davids... however, have you had a change of heart since the 26th where you stood up (and waited to do so until nearly 3 in the morning) supporting PAVE's further co-location and expansion in our building against parent wishes and in spite of what is best for our children? Don't be a hypocrite! AND you still owe our teachers an apology. We would LOVE an explanation as to why it is ok for this co-location nonsense and marginalization of parents at PS 15 in Red Hook, but apparently now you see it should happen nowhere else. Is PS 15 an expception b/c Robertson has his money hungry hands on you too? Or do our kids just not count?

Hey PS15 Teacher, probably the one that's been writing me letters demanding an apology for my speech at the CEC meeting last year:

Get over it. Not all, but most of you teachers were nasty, rude and disrespectful to the children and parents of PAVE. You created such a toxic environment in the K015 building campus for both the kids of PS15 and PAVE. Then you had the audacity to say those PAVE students who live in Red Hook and whose parents and grandparents attended PS15 had no right to be in the building. Your nastiness and despicable behavior undermined your argument.

Charter parents are public school parents too and have every right to share space in a public school building. If a building is under-utilized and there's space- why not? But if the building is crowded and kids are sitting in overcrowded classrooms it does not make sense to site a charter or small school in that building.

The DoE's blueprint does need to get thrown out. Art, Science, library rooms do count!

The DoE MUST come up with a better process for co-locations that is not going to rip communities apart and pit charter and districts against each other.

But, you, PS15 teachers need to learn a lesson that being nasty and toxic will get you nothing!!

Interesting you assume the comment posted was from a teacher, but I'll move on.
Our teachers were not nasty to PAVE anyone. On what are you basing this? On the lies Robertson and his cronies spread? If you are refering to anything that took place at that CEC hearing, I am at a loss, our parents and teachers spoke passionately about the issues you address in your comments that are in fact faulty. Our kids are being negatively affected; what do you think our teachers and parents have been fighting for?
NO ONE said anyone, for that matter Red Hook families, does not 'deserve to be in the building'. What we did say was that less than 50% of the students are from Red Hook and 20% come outside of the district and therefore the sacrafice of our children and their programs for a school that does not in the majority serve the community is not right. Futhermore, we addressed clearly at that hearing at last month's hearing, how and why our kids are being negatively impacted. In addition, let's not forget this is all happening after there was a clear two year agreement made to the community in the first place.
To say to us 'get over it' is insulting. This is about our kids AND PAVE's kids and doing right by them. The current policy does not do that.
Hopefully you'll come around from the bad taste you have for PS 15 teachers and support parents fight for our kids. I think you would find that what you are addressing applies directly to our situation. I think you will also find our teachers are dedicated and have only the best interest of children, ALL children, at heart.