NYC School Results on Intel STS -- The Silence Is Deafening 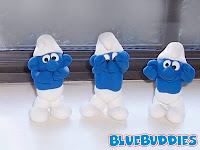 "City Students Sci High in U.S. Brain Game," cheered the headline in the NY Daily News. But that was on January 12, 2006.

"New York Tops Other States in Science Award Semifinalists," crowed the headline in the NY Times. But that was January 12, 2006 also.

"33 City HS Kids Win Intel Honors," hurrahed the headline in the NY Post. But that one was dated January 13, 2005. On the same date, the NY Daily News headlined, "HS Makes Twin Killing" in its story of NYC's Intel semifinalists.

And so the story goes, back and back and back. In 2001, the NY Daily News headline ran positively braggardly: "Do the Math: We Rule. State, Bronx Science Clean Up in Contest." The year before, the Daily News had bellowed, "Scientific Sensations 58 Students Advance to Intel Contest Semis."

So here we are in January 2010, with the NYC public schools' just announced miserly showing of just 15 Intel semifinalists, all but one of them from Stuyvesant and Bronx Science, and not a peep from any of those newspapers. Nothing said about the precipitous decline in the city schools' Intel Science Talent Search contest over the past few years, a dropoff that mirrors almost precisely the years of mayoral control and Joel Klein's stewardship of the public schools.

Last year, only the NY Post could muster a chipper but soft-pedaled story on January 15, 2009 headlined, "Kids Are All Bright." With only 24 semifinalists, just half the number in 2002 (the last year before mayoral control of the public schools was initiated), the Post could at least try to keep a good game face. In 2008, with only 20 semifinalists, only the NY Times could muster a story (January 17, 2008), and its headline, "L.I. School Stands Out in Science Contest," was an inadvertent slap in the DOE's face. For 2010, the news is so bleak, none of the local papers can apparently find a story line that puts a happy face on the results.

Of course, we might well ask why a different story line hasn't appeared instead, one that asks why, with the exception of Bronx Science and Stuyvesant, the NYC public schools have virtually disappeared off the Intel STS map and what this relentless, seven-year, downhill trend says about our public high schools under Mayor Bloomberg and Chancellor Klein. We might also ask when the local print media were apparently, surreptitiously, also put under mayoral control.
Posted by Steve Koss at 1/15/2010 06:52:00 PM

Gee, none of this fantastic charter schools with small classes, lots of money, and nonunionized super teachers entered the competition?

There is a major rebellion against the Race to the Top policies in the teachers' union in Detroit, led by BAMN (see bamn.com) member teachers.

The president of the DFT , Keith Johnson, has been working hand in hand with Robb Bobb (appointed pro-charter Czar over DPS) to ram through all the revisions in the teachers' contract required to attract charters and qualify for Race to the Top, and he prevented a traditional vote at the December mass meeting attended by 3000 teachers on the tentative agreement because the majority was against it.

Johnson then basicly cheated to get the contract passed, and as a result we have had about 80 teachers attending weekly caucus meetings to plan how to recall Johnson (we've got about 1400 signatures on a recall petition so far - 400 more than required). The last two DFT membership meetings have had over 400 teachers attending, and Johnson was forced at both meetings to surround himself with gang squad cops, turn off the lights, etc. because the rank and file was demanding that he step down and let them run a democratic meeting. The Feb. 11 mtg should be the trial on the recall charges.

The caucus is running a full slate for convention delegates to challenge Randi Weingarten's leadership of the AFT nationally and bring down the pro-Duncan policies she is advocating. I've attached the most recent flyer that gives a general description of what is happening and what the caucus stands for and the particular strategies we are using to unravel the contract. Even if we don't succeed at this or that tactic, the overall rebellion is sure to make any charter company think 2,3,4 times about investing in Detroit.

We want to encourage like-minded teachers in AFTand NEA to run for convention delegate (nominations are due next Thursday for AFT delegates) so that we can have a national, united attack against Arne Duncan's policies at this summer's conventions.