Those Pix Ain’t For Kix 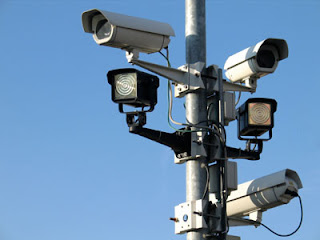 January 27, 2010 (GBN News): The Bloomberg administration today strongly denied charges that pictures taken during a demonstration last week against school closings constituted illegal surveillance. A spokesperson for the Mayor told reporters that police officers did indeed take pictures of teachers, students and parents who rallied in front of the Mayor’s residence. However, the purpose was simply to offer them souvenir photographs of the event. Souvenir pictures were also taken of speakers at last night’s Panel for Educational Policy meeting at Brooklyn Technical High School, at which the school closings were voted on. “We wanted the pictures to be a surprise”, said the aide. “But once they threatened to sue us, we had to get the truth out.”

While no further details were given, sources at City Hall told GBN News that the Department of Education is planning to offer the souvenir photos to everyone who demonstrated at the Mayor’s home or spoke at the PEP meeting. According to these sources, the photos will be offered in various sizes, including 5x7’s, 4x6’s, wallets, and mug shots. The DOE will charge between $50 and $500, depending on the package, “to keep the photos out of the wrong hands”. However, the pictures will be free for anyone who waives the right to sue.

In a related story, the International Olympic Committee has resisted pressure from the Obama Administration, and voted not to include “Race to the Top” as an Olympic sport. Education Secretary Arne Duncan expressed disappointment at the IOC ruling, but told reporters, “They may change their minds when they see their souvenir photos.”
Posted by Gary Babad at 1/27/2010 02:02:00 PM