The Fix is (No Longer) In 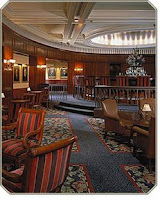 A recent Daily News report that the NY City Department of Education is using school repair money to build a $38,000 luxury lounge facility may be just the tip of the iceberg. According to a source inside the DOE, the consulting firm Alvarez and Marsal (A&M), has decided to close the Division of School Facilities and will then take over its Long Island City headquarters. The Division is responsible for school repair and maintenance, but A&M has determined that repairing schools is not cost effective. It is far cheaper, they decided, to simply close down those schools which are in need of repair, and to put their students into “small schools” within the remaining school buildings that do not have repair or maintenance problems. The Facilities Division will thus become superfluous, and Schools Chancellor Joel Klein has agreed to sell its building to A&M for the price of $1.

Apparently, the lounge that was the subject of the news report is only the beginning of a complete luxury renovation of the former Facilities headquarters building. The building is to become a sort of private “clubhouse” where A&M executives and those of DOE partners such as Edison Schools and New Visions can relax and decompress after a hard day of plundering the city school system. The cost of the renovation, which will be borne by the DOE, is to be defrayed in part by applying the $1 price that A&M will pay for the building.

This entire plan has been a closely guarded secret, but, according to the DOE source, there is more to the secrecy than meets the eye. There has reportedly been growing concern among 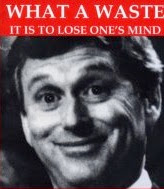 DOE staffers as to the Chancellor’s state of mind since he reportedly became addicted to playing the new monopoly-like game, “Children First: A Game of Irony”, and these staffers have become convinced that the Chancellor has been confusing the game with reality. Blaming an “overzealous” aide for the recent ill-advised sale of a historic school building may, according to this view, have been simply a way to cover up the Chancellor’s own misconception that this sale was part of the game. It is unclear whether the decision to renovate and sell the Facilities Division building represents a similar circumstance, but speculation is that A&M Co-Chairman Bryan Marsal may have actually “acquired” the building from the Chancellor playing “Children First”.

In other education news, Chancellor Klein was said to be so pleased with the success of his appointment of Donald Rumsfeld as School Transportation chief, that he is looking to employ other notables with a proven track record in public relations. For example, Mr. Klein has reportedly offered an unspecified position to recently fired radio “Shock Jock” Don Imus. However, Mr. Imus spurned the offer, saying that the DOE was “just too controversial”.
Posted by Gary Babad at 4/15/2007 02:30:00 PM