More waste and mismanagement at Tweed; when will it end? 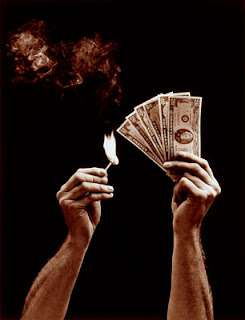 In NYC, 2400 teachers remain on Absent Teacher Reserve, with no assignments, getting paid full salaries; while class sizes are expected to swell in the fall. (GothamSchools, Post, Daily News, NY Times)

What a fiasco! Can you imagine the headlines if our schools had still been run by the old Board of Education? These teachers ought to be offered for free of charge by DOE to any principal who wants to put them to work.

Meanwhile, the financial scandals at continue. reveals that DOE is paying the company Future Technology Associates an average of $250,000 each, for 63 consultants, through a no-bid contract– though the company has no offices, only a mail drop in .

The contract with FTA began in 2005 at $2.5 million -- about when the company was founded -- and has now mushroomed to over $15.7 million per year. Their contract, to align DOE’s finances with the city’s financial reporting system, which is years behind schedule, is expected to be extended for five more years at $95 million. Meanwhile, the cuts to schools next year amount to $400 million.

FTA director Tamer Sevintuna is getting $348,000 for the project, more than any city official including Deputy Mayors, while his second-in-command is getting paid $345,000 – with a portion of their salaries up to now hidden -- drawn from the schools’ capital budget.

But that’s not all. Turns out that FTA’s contract workers, many of them on temporary work visas from , are only getting paid about $70,000 a year , while the directors are raking off the rest as huge profits:

"None of us made anywhere near $100,000," said a former FTA consultant who claims he quit the company in disgust because of all the money the DOE was "wasting on an archaic system that was always crashing."

"They had all 60 of us working in one room that was hot, dirty and absolutely not what you would expect from such a well-funded business," the former consultant said. …."Most of the 60 people I worked with at FTA were from ," he said.

"Every few months, someone was heading back home temporarily because their visa had expired. A few even got paid while they worked on the project back in ."


Meanwhile, Photeine Anagnostopoulos, the DOE's chief operating officer, told Juan that their sweetheart deal with FTA is “better than competitive".

The growth of private contracting has hugely grown under this administration – a practice ripe with abuse.

See this April testimony from the City Comptroller, showing that one out of every five DOE contracts in 2007 and 2008 went over its maximum allotted amount by 25 percent or more, sometimes by millions of dollars.

An audit from the State Comptroller released in May reported that the DOE awarded 291 no-bid contracts between FY 2005 and FY 2008, for more than $340 million, and in most instances "failed to properly document" the reason why.

And this analysis from the NY Times, showing that despite hundreds of millions of dollars awarded the city from the state and the federal government to reduce class size over the last seven years, the number of classroom teachers has shrunk by more than 1600, while high-paid administrators and out-of-classroom positions have grown by over 10,000. The number of employees making over $100,000 has quadrupled – even after adjusting for inflation.

When are the Mayor and Chancellor going to be held accountable for their huge waste of taxpayer funds; while each year, our children suffer from worsening overcrowding and rising class sizes?

Yep, mayoral control is all about accountability.