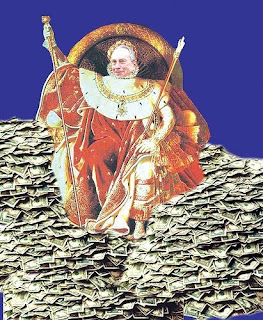 Asked today whether there's any guarantee he won't try to seek a fourth term if his current bid for a third works out, Mayor Bloomberg didn't exactly rule out the possibility.

The mayor first simply opted for the old "law does not permit it" response. When a reporter noted the law didn't used to permit more than two, four-year terms, either, Bloomberg said:

"But it does now. It permits only three terms, so I don’t know. Talk to your City Council. Let me point out that I had no intention of running for a (third) term up until near the end, as you know."

Does no one remember that Bloomberg promised Ron Lauder his own charter commission -- to reimpose term limits once he had won a third term? But no one should be surprised if he goes back on his word, once again.