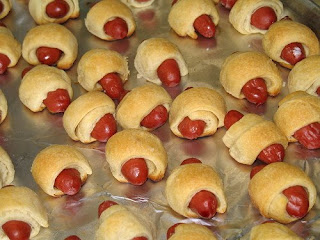 “City voters support continuing mayoral control of education by a 2-to-1 margin -- an all-time high, according to a poll released yesterday.”

Here’s an excerpt from the latest Quinnipiac press release:

New York City voters approve 57 - 30 percent of Mayor Michael Bloomberg's handling of public schools and say 56 - 24 percent that the Mayor's takeover of the schools has been a success. These are Bloomberg's highest scores on both questions.

…."The biggest opponents of mayoral control of the schools are state senators from Manhattan and Brooklyn, but two-thirds of Manhattan voters and more than 50 percent of Brooklyn voters say let the Mayor do it," Carroll said.

But actually the difference is insignificant between this month’s and last month’s results, with a margin of error of plus or minus 2.6 or 2.7 percentage points.

Moreover, Quinnipiac has altered the questions asked on school governance so many times that it is impossible to judge whether there is any trend towards mayoral control at all.

In fact, whenever voters have been given the chance to opt for a third choice -- that the mayor could share power -- they have resoundingly come out in favor.

In July 2007 the headline was: “ Poll; Most Say Bring Back Board Of Education.”

Then, incomprehensibly, Quinnipiac dropped that choice, even though a majority of voters had consistently supported it.

Instead, in the January 2009 and February 2009 polls, they gave respondents only the choice of whether the Mayor should retain control or give it up. (Give it up to what? They didn’t say.) The results were predictable: voters understandably favored retaining mayoral control over an unnamed and undefined alternative.

Without alerting the press that they had eliminated the voters’ favorite option they reported their findings this way in the January press release: “Mayoral control of the public schools should continue, voters say 56 - 34 percent. Voters with children in public schools support mayoral control 57 - 39 percent. “

Later, when asked why respondents no longer were offered the option of the Mayor sharing control with an independent board, Maurice Carroll of Quinnipiac explained to the NY Times that they had decided that “independent” was too positive a word. Hmm.

Then, in March 2009 and June 2009 the next set of Quinnipiac polls offered respondents new choices – not the excessively “positive” one of the Mayor sharing power with an independent board, but instead the possibility of sharing control with the City Council and/or the Borough Presidents. Both times, most voters again favored these power-sharing arrangements.

TREND: Do you think the mayor should share control of the public schools with the city council or not?

TREND: Do you think the mayor should share control of the public schools with the borough presidents or not?

Then inexplicably, in the latest poll, the Q pollsters again dropped these questions, but merely asked whether the mayor should retain power, or give it up to an undefined authority – knowing full well that every time in the past they offered voters the chance to choose power-sharing, they approved.

As most pollsters know, the results you get depend on what questions you choose to ask, and how.

I would like to look at the cell phone records of Bloomberg/Klein to Maurice Carroll of Quinnipiac, immediately before these latest polls were conducted.