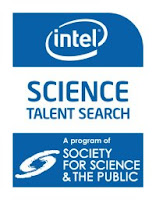 One of the more disturbing educational trends in NYC public schools under Bloomberg/Klein has been the precipitous “de-Klein” in the city’s success in the Intel Science Talent Search (STS), the high school science fair equivalent of the World Cup. Last week’s announcement by STS of its three hundred 2010/2011 Semifinalists brought the unhappy news that NYC public schools’ share of that winners’ pool had shrunk yet again, this year to a dispiriting, all-time low of just fourteen students representing a mere three schools: eight from Bronx Science, five from Stuyvesant, and one from Townsend Harris. The table below illustrates clearly this post-2002, downward trend (click on the graph to enlarge it).

Founded as the Westinghouse STS in 1941, this national science competition was for decades so outrageously “owned” by NYC public schools that local schools like Cardozo, Midwood, and Francis Lewis could each routinely rake in double-figure counts among the STS’s annual 300 Semifinalists. As recently as 1988, the NY Times could headline its story, “122 New Yorkers Are Chosen in Science Talent Search.” That wasn’t 122 NY State students; that was 122 NYC students! In addition to Stuyvesant (47 Semifinalists) and Bronx Science (20), city high schools represented in the 1988 winner’s circle included Cardozo (11), Francis Lewis (6), Erasmus Hall (2), and James Madison (2), Aviation, John Adams, Grover Cleveland, John F. Kennedy, W.C. Bryant, LaGuardia H.s. of Music and Art, and Herbert H. Lehman (1 each).

Although high schools around the U.S. gradually caught up, a relatively stable pattern had established itself by the late 1990s; in the six years from 1997 to 2002, NYC public schools still averaged 46 Semifinalists annually. However, in the eight Klein-led years 2003 to 2010, that number suddenly dropped drastically, averaging just 22 for the entire period. In the most four years 2007 – 2010, as the full fruits of the mayoral control era are now being reaped by the latest generation of high schoolers educated under Klein’s leadership, that average has plummeted to just 18. During those same periods, the number of public high schools represented each year by Semifinalists dropped from nine (1997 – 2002) to about 5.5 (2003 – 2010), and to just over four in the most recent four years.

Supporters of mayoral control might offer counterarguments, such as an increase in the number of STS participants nationally. Indeed, there has been a modest 6.5% increase, from a 1,550 average per year (1997 – 2002) to a 1,650 average since 2003. Not nearly enough to explain NYC public schools’ fall from pre-eminence. It is worth noting that NYC private schools have held a fairly steady rate of Semifinalist honors, averaging 6.5 annually in the six years before 2003 and 5.75 since. Additionally, the impressive non-NYC NYS share has also held fairly steady at 98 Semifinalists per year since 2003 compared to 103 per year from 1997 to 2002. (Nearly all of the full NYS’s 19% decline in Intel STS Semifinalist success in the past decade and a half is directly attributable to just one source: NYC public schools.)

What HAS changed is the participation levels of NYC schools and students, as shown in the accompanying table. Data from Intel STS recently made available to me by the NY Post’s Yoav Gonen tells that story in unmistakable terms. From 1997 through 2002, NYC public schools averaged 424 Intel STS student submissions annually. From 2003 through 2010, that number dropped to 364, and in the past four years (2007 – 2010) just 277 per year, a startling drop of almost 35% from the pre-Bloomberg/Klein years.

What also HAS changed is NYC students’ success rate among those who participated, as shown in the accompanying table. While Stuyvesant and Bronx Science have nearly maintained their pre-2002 success rate (12% of their combined project submitters became Semifinalists in 2007-2010, compared to 14% from 1997-2002), the city as a whole has tumbled from a 10.8% (1997 – 2002) average success rate in projects being selected as Semifinalists to 6.6% in the most recent four years. Thus, it appears that NYC public schools are not only submitting fewer projects, but those entered are being judged of somewhat lesser merit.

This collapse in city students’ involvement and overall success rate corresponds indisputably with the advent of mayoral control and the accession to the schools’ chancellorship position by Joel Klein. Could it be that the Klein-led, test-driven emphasis on the pre-high school NYS Math and ELA exams has minimized science instruction, or dumbed it down, or led students to believe it’s not interesting or important? Or could it be a budgetary issue, a lack of funding or facilities? Or that high school principals get no bonus or performance credit for such “extracurriculars” on their school report cards? Or that the types of senior teachers willing and able to organize school-level science research programs have left the system, or are no longer sufficiently incentivized, or are too distracted by the relentless emphasis on school report card metrics? Or that with all the new small schools, there are fewer schools with the resources to create and supervise research-driven science curricula?

Why, under the Bloomberg/Klein/Black program to elevate NYC schools’ performance, have NYC public schools virtually fallen off the map of the nation’s premier science talent competition? Once the mecca of high school science achievement, NYC public schools are now a mere shell of its former science fair self. Under mayoral control, the fall has been devastating, and given Cathie Black’s background, a turnaround seems unlikely. Science education, especially at the elite performance level, will likely just continue to be one of those unfortunate “Sophie’s choice” victims.

I wonder if the editorial staffs of the Daily News, New York Post, or New York Times have an answer for this decline?

thanks Steve, the charts make the unfortunate trend really clear!

Excellent points, well-delivered and providing the satisfaction of seeing Bloomberg and Klein hoist on their own petards.

This is a legitimate use of data, showing the effect on students of a regime that simultaneously pursues high-stakes testing along with systemic fragmentation and destabilization.

- The post makes an important point by showing the collapse of semi-finalists from other than hyper-elite schools, a clear demonstration of the toll this administration is having on the broad, general swath of NYC high schools. The social vandalism of City Hall and Tweed is demonstrated by the fact that the DOE is dismantling schools such as Cleveland and Adams, which produced semi-finalists in the recent past, and which have been stable institutions in their communites for decades.

- An eighteen year-old high school senior who has come up through the NYC public schools has spent eight of their eleven- year school career under Michael Bloomberg and Joel Klein. Add tot his the scandal of the politically-gamed 4th and 8th grade exams, and what does it say about these people's stewardship of the system, even on their own myopic terms?

Excellent Blog! I really admire your thinking and the way you have put these information in this post. Thanks for sharing an informative post.

Really good article. I wonder: do you have any idea where the winning students in the science talent search attended middle school? Did they come up through the citywide or strong district schools, i.e. Twain, NEST, Lab, Christa McCauliffe? Did any come through gen-ed programs? What I am wondering is if the quality of middle school science education, outside of a very few elite schools, has fallen off to the point that it's no longer possible for any except the very brightest to catch up, even if they are admitted to the selective high schools. I would love to be wrong about this.

Your query regarding middle school science is very much on point. I teach in an honors program at a public middle school that feeds the Specialized HS's and we were nearly forced in 2005-2006 to turn our science program upside down when Klein introduced a spiral curriculum that would have forced us to give up teaching Regent's Earth Science to our eighth graders. We avoided having to switch, but our schools gen ed program did have to with the threat of sixth and seventh grade standardized tests to follow in 07-08 for 6th graders and 08-09 for the seventh. These tests have never materialized and the the entire curriculum initiative was dropped with the money spent on publishers and consultants going down the drain. There is no support for science support coming from Tweed that I am aware of and it has been impossible to hire outside of any but an Earth Science license for the past two years. Here is the link for the city's curriculum: http://schools.nyc.gov/Documents/STEM/Science/K8ScienceSS.pdf

We have one teacher in our school who has taught this curriuculum through a full cycle and likes it, but without any PD since it was introduced it has not been easy. MIddle school science is a do it yourself endeavor that takes creativity and energy given that long ago any lab support was lost, if your school even has a lab or significant equipment.
This means Middle school science relies on way to much desk work and far too little lab work.

Our honors program sends the same number of motivated students to Stuy, Bronx Science and the other Spec HS's as we did in the late 90's. One of our students was national finalist from Stuy last year, but there are forces at work that are driving students at the elite public school away from participating in Intel. It would be worth while study for someone to query current HS students about why they are not participating and get to a better understanding of the decline. Money, lack of student interest, middle school decline, DOE/Tweed indifference.
Squeers