The observations below are  from Douglas Massey, professor at Princeton and president of the American Academy of Political & Social Sciences (photo at left).  On Thursday night, the Academy presented the Daniel Moynihan Prize to Diane Ravitch, given annually to outstanding civic leaders and social scientists who "champion the use of evidence and informed judgment in the policy process. " 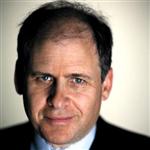 Yet on Friday Jonathan Alter let loose a vicious attack on Diane, and enlisted Arne Duncan in an attempt to undermine her credibility, claiming that she uses "phony empiricism." Yesterday I posted some responses from parents, educators and advocates.  Alter, (photo to the right) a former Newsweek columnist, now works for a new branch of Bloomberg LP, run out of the Mayor's personal offices next to his home, and "intended to channel his personal philosophy and worldview," according to the NY Times.

For the potential conflicts of interest involved in Alter's attack on Diane, a prominent Bloomberg critic, see Salon.  Another good takedown showing how Alter has consistently spread anti-teacher propaganda in the service of Bill Gates and the rest of the Billionaire Boy's Club, and how the US Dept. of Education has been promoting his attack on Diane is at School Matters.  As Jim Horn writes, for the "Billionaire Boys Club... an inability to buy the truth has reached a crisis point that demands that the truth tellers, now, be burned at the stake." 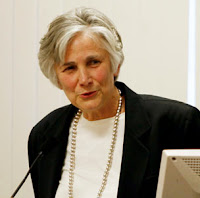 Massey points out that the corporate reformers now dominating education policy in this nation, whose deceptive rhetoric, use of distorted data, and irresponsible and damaging policies Diane has critiqued, have been peddling "snake oil," and the fact that Alter and Duncan have launched this coordinated attack is a sign of her effectiveness.

Dear Diane:
Getting pilloried in public and attacked by people in power means you are living up to the Moynihan legacy!   When it comes to education, Americans seem to be in the market for snake oil.  Inequalities of wealth and income have risen steadily for three decades, racial segregation continues, class segregation has deepened, and middle and working class families are fracturing in the face of this economic onslaught, but rather than face these fundamental realities politicians keep pandering to the public and putting forth an endless stream of quick fixes that don’t cost any money and don’t require real change---as if cosmetic changes in schools are somehow going to offset decades of disinvestment in the public sphere and rising concentrations of poverty.  We are also living through the most anti-intellectual, anti-scientific times in American history---and it’s not just social science that’s under attack.
It’s also climate science, biological science, physical science---really any body of reasoning and evidence that challenges people’s ideologies, prejudices, and selfish interests.  The main theme to emerge from all the speeches the other night was how hard it is to make evidence a part of public debates and to influence public policies with logic and data.  Anyway, I’m glad you got the Moynihan Award and hope in some small way it gives you greater legitimacy and visibility in your struggles in the public realm.
Best wishes,
Doug
Posted by Leonie Haimson at 6/04/2011 02:44:00 PM

Wonder written piece by Douglas. Everyone at NYCPSP should be commended for defending Diane, a bold, outspoken critic of those whose agenda is to privatize the school system so as to shortchange the necessary funding to public schools where their goal is to deny our children a decent education.

Diane is a master in her art of informing the public by using facts, evidence and true data. Jonathan could not handle the truth; therefore, attack is his defense mechanism. But attacking one of the most highly respected education historian and educator, Jonathan ended up attacking all who care about public education. Hence, he has made many, many enemies and should reconsider his action before it's too late.

Congrats to Diane for receiving such a prestigious award. She deserves the recognition and much more.

I have taught in the NYC public schools for forty years. Diane is totally correct about the disaster being caused by People like Jonathan Alter and the people who use phony statistics to try and cover up what is happening to our children in our public schools.
Congratulations Diane on a well deserved honor.Keep on telling the truth.

Diane is our champion. Duncan, Alter, Bloomberg speak about educators, only Diane speaks for us.

"Phoney empiricism"! Yes, facts are stupid things. Much better to invent your own reality.

Douglas Massey writes a wonderful letter on Diane Ravitch, and he is quite a good story teller.

In his list of 'anti-intellectual, anti-scientific times', he fails to mention or make note of the most important component of all: we are living in the most secular, and most anti-religious times in 'American' or in human history.

A very happy easter to all!!