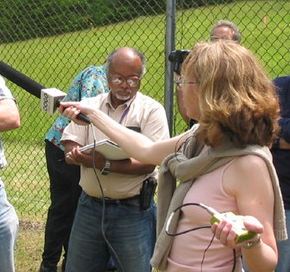 See Beth Fertig’s story today on WNYC about the UFT/NAACP co-location lawsuit.  Here are some problematic assertions in her piece:
Success Academy is a chain of charters run by former City Councilwoman Eva Moskowitz. Recently, her organization used city data to conduct its own study of 81 charters that share space with regular schools. It found average class sizes in the district schools only went up by about one student over four years, which was no more than the citywide average.
This is the wrong comparison to use; charter co-locations tend to occur in the least crowded schools and neighborhoods.  For example,  in Queens, where the overcrowding is intense, and class sizes are increasing fast, there are very few co-locations.  The comparison in class size should NOT be to schools citywide, but with a similar set of schools nearby.   Class sizes should not be increasing in any school, but particularly not in struggling schools in  communities like Harlem which otherwise would have the space to keep class sizes small.
Genevieve Foster, who has a daughter attending Harlem Success Academy 1 in the same building as PS 149... " If you look at our classrooms we have more children," she said. We have less space, and we're also receiving less money to really provide the resources necessary for our children. ... We can also say we have issues with space.  "

First of all, co-located charters like Harlem Success are getting more public funding per student than regular public schools; see the recent IBO study on this.  This doesn’t even count the millions of dollars that they privately raise.  It’s astonishing to me that charter advocates are still proclaiming this myth, no less reporters letting them repeat it without any rebuttal.

If you count the lower need level of the students enrolled in charters, as this report did, the disproportion in public funding is even greater, since charter schools have smaller proportions of ELL and poor students.
Secondly, if HSA charters feel squeezed, why not get their own space?  With the millions Eva has raised, she could afford it.  Finally, there are many claims about the larger class sizes at HSA charters.  What’s rarely mentioned is  that Eva ensures that there are at least two teachers in every classroom.

There's no doubt sharing isn't always easy, but charter parents accuse the teachers union and the NAACP of inflaming the situation. They note that the Success Academy renovated the playground for everyone at PS 149.

No one who has been paying attention to the fierce battles over co-locations in recent years would believe that the UFT or the NAACP could possible “inflame” the situation.  All the lawsuit has done is to provide parents in the co-located schools a weapon to fight for the rights of their children not to be unfairly deprived of adequate space to learn.  And the playground is a huge issue for the parents and kids at PS 149 – HSA came in, and without their consent, tore up the playground and installed an Astroturf soccer field which deprived the 149 kids of their baseball playing area.  See Juan Gonzalez on this.

More broadly, why is it that this article and others like it do not mention the prospective loss of the PS 149 art room, the fact that there is no space for special needs students to get their services, that their counseling room has to share space with the PTA room separated only by a curtain, or that the D75 school is now forced to have gym on the auditorium stage?

If you have other observations about the effects of this or other co-locations, you can email Fertig at bfertig@wnyc.org
Posted by Leonie Haimson at 6/21/2011 11:09:00 AM

I soon as I hear Beth Fertig's voice on the radio I turn it off. You can rely on her to give some skewed half thought out report on schools. I was upset that my husband gave my hard earned money in a pledge to WNYC and Fertig was one of the main reasons. Her reporting is less than stellar. What qualifies her to report on public schools?

Beth is a fraud... I her latest article she plays semantics with NYC custodial engineers pay in order to pretend they aren't overpaid ( to the rate of almost 2x that of anew teacher). If she's not a fraud, then she's a grossly incompetent idiot!!!