Shino Tanikawa: The deep flaws in the CEC selection process 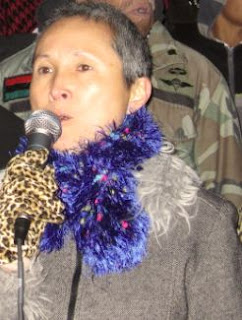 The below email is from Shino Tanikawa, a member of the Community Education Council in District 2, to Dennis Walcott.  Shino points out the deep flaws in the selection process for Community Education Councils, which ended last week, despite the postponement that resulted from a threatened lawsuit:
From: Shino Tanikawa shinot@verizon.net
To: Chancellor Walcott DMWalcott@schools.nyc.gov
Cc: Ojeda Hall
Sent: Sun, June 5, 2011 9:39:38 AM
Subject: CEC Election
Dear Chancellor Walcott,
Thank you for the decision to postpone the CEC election.  I appreciate your willingness to work with parents.  Unfortunately, the postponement did not result in any significant improvements.  Many of my concerns before the postponement remained unresolved.  So that you can run a better election next time, I would like to share some of the remaining problems that require resolution and carefully planning.
·      Many parents did not seem to know the advisory voting was repeated and that they had to vote again even if they voted during the first round.
·      The same confusion over how to cast advisory votes remained after the postponement.  Many parents never received the flier with the login information or they did not hold onto it after they cast their first votes, not realizing the advisory voting was being repeated (please note many elementary schools do not use OSIS numbers for communicating with parents).
·      At least two selectors questioned how they were to cast their votes since the advisory vote results did not show how their school's parents voted.  In other words, the advisory vote results were not organized by school.
·      Parent Coordinators and District Family Advocates were not utilized effectively in disseminating important information.
·      Selectors from many schools did not seem to know when the selector voting started or how they were to cast their votes (some selectors mistakenly thought they could cast their vote using the OSIS # and the zip code).
·      I personally know of at least one selector who did NOT have his login information as of Thursday June 2 (he had to call Ms. Hall to get the information), and as of Tuesday May 31, there were a handful of selectors who had not received their login information.
·      Candidates who have multiple school affiliations only had one school listed with their information (please note this is critical information since only one candidate can be elected from any given school).
·      Candidates’ status regarding IEP/ELL was not publicly posted, making advisory vote results impossible to interpret for the selectors (please note that each Council is to have one ELL and one IEP representatives).
·      It is not clear how multiple parents from one school will be treated if one of them has a child in another school.  It makes sense that if two parents from one school are both elected, and if one of the parents has a child at another school, both parents should be allowed to serve.  However the policy on this issue is unclear.
·      Now the law allows parents who have had a child in a school under the jurisdiction of the District in the past two years to run, how will this affect the single representative per school policy?
·      The above policy also needs clarity for candidates whose children are in fifth grade at the time of the election.  By the time the term begins on July 1, these candidates will no longer be parents of elementary students.  How is the single representative per school policy applied in this case?
These problems can be solved by improving just three operational areas: better outreach to parents through schools (not CBOs and faith-based organizations); clear and transparent presentation of information and data; and policies that are well thought out and fair.
As for the current election, I have two simple requests.  Please post the number of parents who voted in the advisory voting, both the first time and the second time, broken down by school.  This should also be useful information to the DOE for planning outreach for the next election.  I would also like to see the number of selectors voting from each school.  After the election of 2009, candidates were given a detailed tally of the selectors' votes, showing which school's selectors voted.  Needless to say, I do not want to see for whom the selectors voted, but I would like to know whether they voted.
I was heartened to hear that you regarded the CEC/Citywide  Councils as an important element of parent engagement.  I hope we can work together to improve not just the election process but how we engage and empower parents to be meaningful partners.
Sincerely, Shino Tanikawa, member and candidate, CECD2
Posted by Leonie Haimson at 6/05/2011 02:06:00 PM