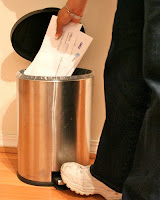 State Education Commissioner David Steiner’s plan to grant an education qualifications waiver to Cathleen Black as NYC Schools Chancellor will, if effectuated, render moot the current NYS law mandating those requirements. The precedent he will be setting and the message he will be sending to school districts throughout NYS and across the country would be both revolutionary and crystal clear: the door is open for school districts and school boards to follow the corporate executive management model and hire anyone they wish to run their schools.

NYS Education Law Title 4, Article 61, Section 3003, Subdivision 1, could not clearer on the required qualifications for a school superintendent in any district with population greater than 4,500 residents:

b. At the time of his appointment each shall have completed three years of teaching experience satisfactory to the commissioner in public or non-public schools.

Mr. Steiner is now proposing to circumvent this law and grant a waiver (NYS Education Law 3003, Subdivision 3) to Cathie Black on the grounds that she will be given a strong number two person with education background and experience. In this instance, the #2 would be Shael Polakow-Suransky, already a deputy chancellor in the NYCDOE and already on the DOE management team, already available as an adviser to the under-qualified new chancellor. Mr. Polakow-Suransky’s appointment as an assistant chancellor is being mocked as a “fig leaf” by NYC public school parents, a transparent effort to shore up Mayor Bloomberg’s weak waiver request, assuage his hurt feelings, and avoid the possibility of his wreaking wrath-filled revenge on Albany. Even Merryl Tisch, chancellor of the NYS Board of Regents could not seem to avoid inadvertently speaking the real truth at the heart of the matter, saying that, “The issue for us is, ‘Can we create credibility around this position?’” In other words, can we sell it.

Tamping down a mayoral hissy-fit may have seemed wise from Commissioner Steiner’s perspective, but in doing so he may well be inflicting untold damage on education nationwide. His plan will render the current law on school superintendent qualifications meaningless. Any school district in NYS could follow suit, choosing a “corporate management, non-educator executive” of their liking and seconding that individual with an educator along the lines of Mr. Polakow-Suransky. Once the waiver has been granted on those grounds to Ms. Black, how can the State Commissioner refuse to grant a similar, future waiver to any other district in NYS? The precedent has been established, and there would be no grounds for refusal as long as the two individuals combined to form a comparable “partnership candidacy” to Ms. Black’s and Mr. Polakow-Suransky’s.

It is hard not to take note of the fact that, at the height of the Cathie Black controversy, Mayor Bloomberg remarked that the state law on qualifications for school superintendents should be abolished. This was typical of the Mayor, who invariably lashes out with imperious and dismissive comments whenever he fails to get his way. Sadly, Mr. Steiner’s plan not only concedes on the Cathie Black waiver, it effectively gives the Mayor the very abolition of the law he so belittled.

Repeatedly (and foolishly) hailed as a national model of education reform by an easily duped media, NYC’s public school system will now serve as both precedent and model for leadership of the nation’s urban school districts. Commissioner Steiner’s decision will have single-handedly opened the floodgates for the au courant “business model” of schools management, to be led not be educators but by “management executives.”

Commissioner Steiner’s refusal to stand up to a billionaire mayor serves as a powerful object lesson for NYC’s children about money and power in our modern democracy; actions always speak louder than words. Even worse, in what can only be seen as a tragic irony, Mr. Steiner’s “compromise” will have reversed fifty or more years of educational practice and returned education to the long-discredited factory model, in which the nation’s children are seen as little more than look-alike widgets.

The Bronx Greens think that two can play the same game...

So, on Tuesday, November 30th, 11:00 am, in front of Hearst Tower, Manhattan, some Green Party members who are present or former teachers, will apply for Cathie Black's job at Hearst corporation.

Hope some folks here might want to come share in the fun -- and/or apply for Cathie Black's job themselves!

Is it possible to get Hearst's fax number and have UFT members, parents, and others in the community fax their resumes to the compnay?

Then, send the rejection letters to Tweed or Cathie Black's office.

I'm doing my best to find every elected official who has been an advocate for Mayoral control. Each and everyone of these individuals should be made to pay for the debacle that the NYC public school system has become.

Along with the elected officials; there are also other members who have souled out to support Emperor Bloomberg. Black and Latino church leaders being foremost among them.

These "Religous" leaders have validated the greed and corruption of Emperor Bloomberg for the past 8years. The New York Times had an article exposing people like Floyd Flake and others who got their payoff from Bloomberg in exchange for their support.

We need a grassroots movement to go door to door, community to communuity, to educate people on who their enemies truly are. When these wolves in sheeps clothing seek to parade Black in their churches, we need advocates of reform to be right there confronting them.

This is such a sham. Bloomberg is openly announcing one person will be in charge, unilaterally nullifying even Steiner's moronic rationale.

It would be a joke if it were funny.

worldprotection said...
This comment has been removed by a blog administrator.
January 21, 2011 at 12:49 AM