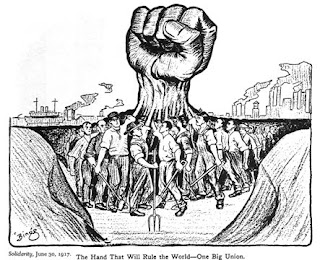 Stunned by the appointment of a friend-of-Mike with no qualifications for the job and resigned to the possibility of her getting it in spite of protests from all corners, some parents have suggested finding ways to work with Ms. Black. They reason that, given Bloomberg's penchant for appointing business people to run things in any event, someone who is tabula rasa on education may be a better bet than someone with a bit of experience since the latter would have instant legitimacy to finish the wrecking job begun by Chancellor Klein.

BUT.....Accepting a pig in a poke because the alternative might be worse is not responsible citizenship. Why is the fight worth fighting no matter what the outcome? Because the issue goes beyond Cathie Black herself—she could be good, she could be bad, who knows? (though from all that’s been made public about her, the odds of her making a good chancellor are pretty long).

It’s about our petty despot simply calling one of his friends for a job on which the future of the city’s children depends.

It’s about the stunning arrogance of presenting someone with no apparent interest in education as the best qualified person to run our schools.

It’s about not even bothering to prep her before the press conference, so that she might at least pretend to have a vision beyond “100 more charter schools” and “technology” in the classroom.

It’s about peddling as self-evident the proposition that a business person supported by educators will make a great chancellor although the converse—an educator supported by business people—is at least equally plausible.

It's about passing off the appointment of a non-educator as necessary to alter the status quo when our schools have been"managed" by non-educators for the past ten years--in reality, that is the "status quo" that needs to be "shaken up."

It’s about reducing education to a business dedicated to the production of a workforce instead of educated citizens who value curiosity, knowledge for its own sake, artistic expression and all that makes life worth living in addition to the technical competence required to hold down a job.

If thousands speak up, they can’t be labeled “the disgruntled few.”

PLEASE SIGN BOTH PETITIONS to make your voice heard:

The Online Petition that's been getting all the attention in the press because it's growing like wildfire (closing in on 8,000 signatures as of this post).