Conflict of Interest? That's for the Little People 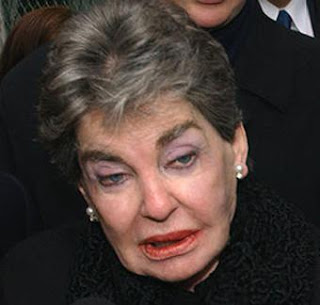 All pretense aside, Cathie Black's qualifications for the Chancellor's job boil down to the fact that she's a friend of Mike. He wants her real bad. No one else will do. So it's perplexing to say the least that Commissioner Steiner should stack his advisory panel with people whose professional and/or personal connections with Mike or his twin Joel render suspect their ability to voice an independent opinion on Ms. Black. But if there was a plan, it backfired--no waiver from that panel, at least not now. The bad publicity ("the fix is in" was pretty much the consensus) may well have stiffened some members' resolve to at least avoid embarrassment (I'd like to see a serious academic defend the notion that tireless selling of Cosmopolitan, Seventeen, House Beautiful, vel sim. is the "substantial equivalent" of a superintendent's license and a master's degree!). Still, I'm dumbfounded that Commissioner Steiner would pick the panel members without regard to well-established conflict-of-interest rules.

As a member of the Citywide Council of High Schools (CCHS), I can attest from my own experience--both in applying for the position and in seeking candidates for a more recent vacancy--that candidates for CECs and citywide councils are screened carefully and at length to avoid not just actual conflicts of interest, but also the appearance of even the tiniest bit of impropriety. It takes several weeks for DOE’s ethics office to investigate a candidate, and not just because these appointments aren’t a front burner issue for them. They really do investigate. I got not one but two phone calls from someone inquiring whether I receive any kind of compensation for my contributions to this blog (!) and emphasizing I was not to post as a CCHS member. There you have it: parent volunteers for powerless councils are screened more carefully than people charged with advising the Commissioner on whether an obviously unqualified person should nevertheless become NYC’s schools chancellor.

And I also know that DOE takes conflict-of-interest rules for PTAs very seriously—you need to tread carefully if your uncle owns the deli that supplies the bagels for parent breakfasts.

But all these bothersome rules are for the little people only. Let’s not forget His Imperial Highness sets the tone (or, the fish rots from the head, as some might say)—and he sees no conflict of interest in anything he does, including having deputy mayor Patricia Harris run the Bloomberg family foundation. And she didn’t even bother to get a clearance from the Conflict of Interest Board first, as the Daily News reported way back in 2007 (Cathie Black would understand, though—she's all for not asking permission if you already have your mind made up, according to one of her widely-quoted nuggets of business wisdom). And then there are the City Hall staffers who have been cleared by CIB to help with the Bloomberg foundation, using city resources, because it would “ultimately serve city goals.”

Nothing sticks to Teflon Mike and, by extension, to his friends. Though it stinks to high heaven.