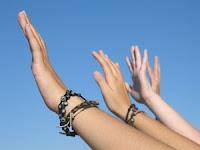 With over one million students and eighty thousand employees, the NYC public school system is, in itself, larger than most American cities and represents an enormous educational challenge. Common sense would suggest that leadership of such an enterprise, fraught as it is with issues of academic performance, budgetary constraints, class size concerns, aging school buildings, lack of space and funds for new construction, needs for special education and English language learning, diverse constituencies, and a host of others problems, needs a visionary leader with solid pedagogical and educational experience. However, if you are Michael Bloomberg, you apparently do not think so.

In a stunning move, Bloomberg has followed up the resignation of Chancellor Joel Klein by naming as his successor not an educator, not an academic, not an education policymaker, but the publisher of Cosmopolitan, Country Living, Esquire, Good Housekeeping, O, Redbook, Seventeen, and Town & Country magazines. Cathleen Black has been an executive at New York Magazine, USA Today, and the Gannett newspaper chain, and most recently (since 1995) President of Hearst Magazines. In those various capacities, she has accumulated zero experience in education policy, curriculum, or administration, nor by her own admission has she developed any experience dealing with labor unions.

She has, however, overseen magazines that drive (especially) teenage girls to heights of unhealthy frenzy over their bodies and sexuality. To quote Ann Kjellberg, “Can someone who sells our kids clothes that can only be worn in size 0, botox, liposuction, plastic surgery, and makeup for every hour of the day and sexual opportunity, who has given her career to tacitly encouraging anorexia and discouraging seriousness of purpose and self-advancement, who embraces the sex-in-the-city model of thinking only about clothes and getting the guy, possibly be put in charge of the future of our kids?”

In her personal life, Ms. Black has raised two children, both of whom apparently attended private boarding schools in Connecticut (despite her residency in NYC). In addition, she and her husband enjoy second homes in Connecticut and an exclusive community on Fire Island, thus ensuring that her personal experiences are nearly as far as humanly possible from the daily lives and concerns of NYC public school children and their families.

NY state law requires that candidates for school superintendency in districts of over 4,500 residents who do not meet minimal education career experience must receive a waiver from the state commissioner of education (now David Steiner) in order to assume such a position. However, as the law explicitly states, said waivers are to be issued to persons “whose exceptional training and experiences are the substantial equivalent of such requirements and qualify such persons for the duties of a superintendent of schools.”

Ms. Black’s background and experience demonstrate an utter absence of the position requirements, and her other qualifications appear to be little more than being a “Friend of Mike” and an attendee at Oprah Winfrey’s 50th birthday party, the one "with only a few of Oprah's closest friends." Otherwise, she has managed a large publishing organization, a dying industry in which slick superficiality and frothy trendiness supercede intellectual depth and serious treatment of real human issues and concerns. Even if one accepts the specious, highly debatable Bloomberg argument in favor of a management executive as schools chancellor, what "management skills" might be relevant to a schools chancellor? How about dealing directly, face-to-face with the public, negotiating with unions, building physical plant, planning and managing capacity utilization, and overseeing health, safety, and security? Based on her experience in the publishing industry, it seems likely that Ms. Black would have NONE of them. Thus, even by Mayor Bloomberg's absurdly argued criteria, she likely comes up way, way short.

For all his faults and despite the fact that he also did not merit a waiver, Joel Klein at least had modest exposure to the world of classroom teaching. In Cathleen Black’s case, Commissioner Steiner has no legitimate option other than to reject any application from Ms. Black or the NYC DOE for a waiver on the required qualifications for a schools superintendency. To do otherwise would be to make a mockery of both state education law and the responsibilities of the commissioner and the Board of Regents themselves.

NOTE: Those wishing to sign an online petition urging Commissioner David Steiner not to grant a waiver to Cathleen Black as Chancellor of NYC public schools can do so via this link. David Steiner's email address is dsteiner@mail.nysed.gov if you wish to email him regarding the waiver.

Here is Commissioner Steiner's address, but in the interest of time, can someone rustle up a phone number or an e-mail as well?

Thanks for the quote! I'm amazed that there's not more comment on the effect that Ms. Black's life work has had, net net, on kids and our society. Also: why was she demoted at Hearst? I'm no expert, but haven't they for years been competing unsuccessfully with Conde Nast, and wasn't she replaced by a Conde Nast executive? Plus there's no indication that she did anything to advance Hearst's digital operation, the only place where the real strategic thinking is going on in magazines these days. How good an executive can she be?

Black being chosen as Klein's replacement is indicative that Bloomberg really believes he owns this city and is above the law.

It is "ILLEGAL" to have a non-educator as the chancellor of the NYC public school system. They waived this requirement once and the result was the debacle known as Joel Klein. Now Bloomberg has chosen another non-educator to be chancellor and he didn't even consult the State about it. Of course, he probably bought off the usual suspects as to ensure that yet another law is subverted to promote his will.

If Michael Mulgrew waasn't a sellout he would demand that Black not be confirmed as Chancellor, I would like to see Weiner and the Working Families party weigh in on this as well.

Just when Gonzalez writes one of his best pieces on Klein's reign at the DOE, just when Sen-elect Avella publicly submits an urgent request that Steiner not grant Black a waiver,
NYC Pub Schools Parents pens a superb, knock-out condemnation of Bloomberg's Black appointment.
Yet, we are living in the age of the Emperor's new clothes. BloomKlein had to cheat to increase their scores, but the media still echo BK's mantra that they have performed miracles.
No one challenges BloomKlein, not the New York Times, not WNYC, not the TV stations, (...Gonzalez notwithstanding), not the Observer, not the city council (OK, maybe Avella and Barron), not any Congressperson, not even the UFT's Mulgrew in any meaningful way (except for the ATRs for now). And none of the above loudly challenge the Black appointment.
Bloomberg the great Oz has spoken. I doubt that we can defeat the NYSED on this one.
In the Emperor's New Clothes era NO ONE successfully challenges Bloomberg and his fraudulent epoch overseeing the Bd of Ed (the real name for the Dept. of Ed.).
I'm just too cynical that we'll be wasting our time. Democracy in New York died when the political class capitulated to Bloomberg with his reincarnating the Bd of Ed into the DoE, and once again when the political class capitulated to his term extension.

THE END OF PUBLIC EDUCATION ? DECIDE OR FOLD

Then New Yorkers must respond in kind. The "King" must learn in no uncertain terms, that the people are not to be trifled with nor taken for granted. They can be pushed so far and then there is such a thing as "push-back".
Unknown to King Michael Bloomberg, we still, at least the last I heard, live in a Democracy where the will of the people counts for something.

Every organization and group, that has a stake in Education must come together now- before it is too late.
No wallowing in self-pity and helplessness. No wailing and wringing of hands!

Action, action is what is needed.
Action is required now- immediately.
Not tomorrow, not next week or next month- when it is too late, but now.

I live just down the street from his Imperial Majesty, "King" Bloomberg. But if I lived on the furthest, most distant crater of the Moon I would make it my business to attend every demonstration organized in front of 17 East 79th Street.
Remember the old phrase: "No Justice , No Peace". Organized, concerted, ongoing, responsive action is what this present emergency calls for.

This latest outrage committed by Mr. Bloomberg is the last straw and the 'coups de grace' proving once and for all his out of touch disdain for every single tax paying citizen in New York City.
In a very real sense if a Mayor can get away with this final outrageous act, coming on the heels of years of outrageous behavior, we are at the end of history for NYC as far as this being a city that exists as a democratically functioning entity in which the "will of the people" has any meaning.

Only action that will be noticed by the people and the media can head off the looming catastrophe. Something as catastrophic as having a person like Ms. Palin one heart beat from having her finger on the Red Button.

Where is the f ing UFT. Why are they not rallying against Black. I am disgusted that they have not spoken out about this at all.

Teachers have off tomorrow it would not have been difficult to organize a rally. How about a tv commercial slamming bloomberg for appointing another unqualified hack.

When one puts together the insanity of hiring a leader who knows nothing about education with the current practice of cleansing award winning teachers from their positions, the agenda becomes clear. It is all about money since it certainly is not about education - professional educators need not apply! Turning education into a business keeps money in the pockets of the powerful and that is what this is all about. When banks got into subprime mortgages, it was to create a way to make a lot of money with no regard for the outcome. This is another scam with an even bigger threat to our nation. But will people bother to learn about what is going on? It is all explained in White Chalk Crime: The REAL Reason Schools Fail. Read it! If we don't figure out this scam, we are in for bigger losses, including the loss of the American Dream; our schools serve as the foundation upon which is rests. This business takeover of our school is nothing more than that. Get smart people.

If you are an educator, let your students know, urge their parents to get involved.

Through all her connections, she is able to keep the press on her side.

We need support in large numbers. If only there is a way to organize a walk out for HS students. I graduated in 04, I know for a fact that students will support this if we are able to get them to care about the importance of his appointment.