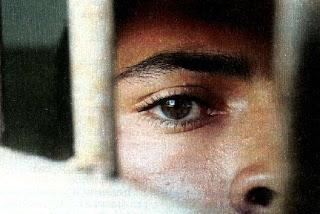 Bob Herbert has a column in today’s New York Times about the overwhelming and often abusive presence of police in the NYC public schools – based on the devastating NYCLU/ACLU report called "Criminalizing the Classroom" that we excerpted on our blog here.

I have posted Bob's column here, for those who do not subscribe to the NY Times. It ends this way:

“There is no excuse whatever for this systematic mistreatment of students. Mayor Michael Bloomberg is in charge of the school system, and he and Commissioner Kelly run the Police Department. Parents across the city should demand that they step in and bring this cruel madness to an end.”

Unfortunately, when this report came out back in March, not a single major NYC newspaper covered it. Bob used to write regularly about our public schools – including several columns on the problem of class size in NYC schools-- which continues unabated. Let’s hope he’s back on the beat.

If you'd like to send a message to the Mayor and/or Chancellor, the NYCLU has a sample letter here.