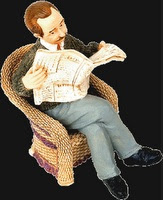 I feel that a recent blog comment by a reader named Jonathan, questioning a GBN News article, warrants a response in this space. Jonathan expressed confusion as to whether the story (“From Cash to Crash”) was satire or reality. I sympathize, Jonathan, since I often have the same confusion when I read the things that Mayor Bloomberg and Chancellor Klein say and do. I suppose the simplest way to clear up the confusion is to say that when I do parody, I write it in a GBN News article, but when Bloomberg and Klein do parody, they call it “reorganization” and then actually implement it!

Seriously, though, Jonathan, these parodies we do on the blog are, I think, the only way we can stay sane in the face of these fanatics who have hijacked the city school system and turned it into a massive “mad scientist” experiment on our children, carried out in secret, with no real oversight. They reorganize, then reorganize again like a reality show version of “Groundhog Day”. They jeopardize our children’s health and safety with a mid-year bus cutback that leaves kids waiting out on the street in the middle of winter, and with their metal detector/confiscation policy that equates cell phones with knives and guns. In light of this, is it that much of a stretch to imagine Rumsfeld in charge of school transportation or Rakhmon as school safety chief? It might even be an improvement!

But I fear it will get worse before it gets better. The reality is, the Tweed folks have failed, but like Bush in Iraq, they either don’t know it yet, or they are trying to spin it long enough to attempt to salvage their own reputations before they leave office. Six years into their experimenting, test scores are not rising significantly, parents and children are confused by perpetual reorganizations, and there is a growing backlash against a testing regime that goes far beyond the No Child Left Behind mandates. The DOE openly flaunts the law, ignoring State mandates to lower class size. And because they have taken such a cavalier attitude towards any criticism or input, they have alienated both voters and politicians enough to jeopardize the very Mayoral control that they have used to bring about their ill-advised “reforms”.

People with their backs against the wall and reputations to preserve can be awfully dangerous, and I fear that there will be even more of their bizarre machinations to come. So now that we are facing even more of the same, it will need to be countered in multiple ways: through legislative lobbying, public education, legal action, and yes, satire, because the barb can sometimes be as effective as the sword.

There are certain twisted realities I just cannot accept. To give just one example, the fact that a major factor in choosing what high schools my child will apply to will need to be the schools’ informal policy on cell phones and whether they have metal scanners. Because I will not have my child traveling around the city without something that many of the city’s own police officers have recommended as an essential safety tool. What an irrelevant thing to have to base a school application decision on! They’re messing with our kids’ safety and interfering with rational educational decision making, and we cannot allow that.

So, Jonathan, all I can tell you is that you’re not alone in your confusion. I hope you will continue to read the blog. And to guide you, keep in mind that the intentional parodies are under the GBN News and Gadfly News titles. The other articles are pieces of serious news and commentary that you can trust as independent voices of reason and sanity. And the unintentional parodies will doubtless continue being issued in the name of Bloomberg and Klein.

The things written as a parody can sadly be taken as truth. I take it as a wonderful way to get the "news" out. I am a big fan of The Daily Show and Colbert Report--also news parodies. Sometimes that is the best way to learn what is going on. Keep up the good work.

Thank you very much for sharing your thoughts.

Our readers may not know that Gary has an international following. Not surprisingly, he gets much interest from places like the UK and St. Louis who have seen these "reforms" before.

Here is a Gary Babad item on the web site of the St. Louis teachers union.