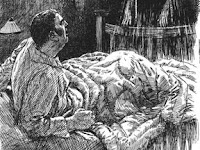 June 4, 2007 (GBN News): In a sudden and dramatic reversal of policy, NY City Mayor Michael Bloomberg has reportedly directed Schools Chancellor Joel Klein to mandate that city school children be required to carry cell phones on their trips to and from school. According to an anonymous source at the Department of Education, a no-bid contract has already been signed with Nextel to provide phones to all children who travel on their own before or after school.

The shift in policy caught even the Chancellor by surprise, and the DOE PR department scrambled to find a plausible explanation for the abrupt policy revision. Forgetting that Public Advocate Betsy Gotbaum, not the Chancellor, is next in line to succeed the Mayor, Mr. Klein even started preparing to take over the Mayor's responsibilities, remarking to aides that the Mayor “must have lost his marbles”, and “will probably end up in Bellevue”.

The Mayor’s office is not commenting publicly on the astounding change in course. However, a City Hall source, speaking on condition of anonymity, told GBN News that the Mayor had a dream last night that “really spooked him”. In a 2 AM phone call, an obviously panicked Mayor told a top aide about his dream in which a child, after her cell phone had been confiscated that morning in a random scan, was attacked by a sexual predator who had stalked her on the way home. As the aide attempted to calm the Mayor, Mr. Bloomberg said, “Wait, I haven’t even gotten to the bad part yet.” The Mayor went on to say that in the dream, the child’s parents sued not only the city but the Mayor personally by showing that if not for the school cell phone ban, the child could have averted the attack by calling for help when she first saw the stalker. The dream ended with the Mayor, left penniless by the lawsuit, pacing incessantly back and forth through metal detectors, his mind ravaged by auditory hallucinations of ringing cell phones.

The Mayor reportedly was so rattled by the dream, and so worried that the threat to children’s safety could jeopardize his fortune and his position, that he insisted the Chancellor change his policy immediately. The source said Mr. Bloomberg told the Chancellor, “We have to protect the children at all costs. We don’t want any lawsuits - I mean losses”.

Mayor Bloomberg is said to be considering various options as to how to enforce the new mandatory cell phone possession rule. So far he seems to be favoring a system by which random scanning will be set up around the city, especially near bus and subway stops. Any child who fails to set off the portable metal detectors will be brought to the local precinct and will forcibly be given a cell phone.
Posted by Gary Babad at 6/04/2007 07:46:00 PM

Wow this is amazing! They should just have cell phone jammers in the schools so kids can't use them in school.

I think Mayor Nanny Bloomie is a very arrogant man. I also highly doubt he rides the subway that much. He's the mayor, I want someone driving him around so he can work and make calls and stuff. New Yorkers shouldn't want him wasting all that time on the subway.

We all have to wonder what Bloomberg is really thinking of with this congestion pricing tax scheme. Maybe he mostly just wants a new tax. Just wrap it up in ‘concern for the environment’, and then people can just demonize those who oppose it.

If he cares so much about traffic jams, congestion and air pollution, why does he let Park Avenue be blocked off? Why doesn’t he do anything about that?

It's true, Pershing Square Restaurant blocks Park Avenue going South at 42nd St. for about 12 hours a day/5 months of the year! This Causes Massive Congestion and Air Pollution!

But apparently it does not bother NYC’s Nanny-in-Chief Mike “Congestion Pricing Tax” Bloomberg?

It certainly supports his claim that the city is hugely congested.

Check out the map!