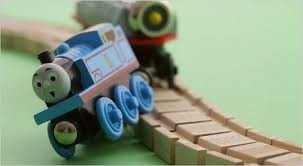 Javier Hernandez of the NY Times has some devastating coverage of the candidacy of Cathie Black for the position of chancellor:

Ms. Black has repeatedly declined interviews, allowing other voices to fill the void. Some have called her a second coming of Mr. Klein, often criticized as stubborn. Her harshest detractors have compared her to Sarah Palin for her lack of experience.

The uproar has frustrated City Hall aides, who feel as if they have lost control of the story line and who are looking for ways to beat back accusations that Ms. Black is unqualified, said an individual close to the process who requested anonymity for fear of upsetting the mayor.

He ends with this most alarming note:

She is also spending time reaching out to elected officials, labor leaders, scholars and education leaders, including Michelle A. Rhee, a former Washington schools chancellor, in hopes of building a broader base of support.

Ouch! The divisive Rhee was widely credited with costing the Washington mayor his job.

Black should talk to some parents and teachers instead.

Stop celebrating this and do something. Put a quarter of the effort you guys are expending on protesting Cathie Black into looking for solutions to the recent Black Boys report from the Council of the Great City Schools (see below), and then we'll talk. Until then, just step out of the way so those of us doing this work can continue to do it.

And if you say small class size is one such solution, I've got way too many examples of high-achieving low-income schools around the country demonstrating that small class size doesn't even rank in the top 10 of best practices.

Put a quarter of your Cathie Black effort into finding solutions for Black boys and low income kids and then we can talk.

The very fact that Ms. Black does not appear to have taken even the first step in reaching out to the parent community only confirms that community's worst fears that she is Joel Klein redux. She might possibly have been able to diffuse some of the negative reaction to her tentative appointment by reaching out via a public forum, or at least an invitation-only round table discussion of some sort.

In a weird way, I almost feel sorry for her because Mike Bloomberg's approach to her selection has put her, unprepared, into a nearly impossible situation. If she goes down in flames, it will be the mayor's fault far more than hers. So much of what has happened could have managed so much better, but history shows that that's what happens when emperors reach the point where they don't listen to others and/or those others are afraid to tell the emperor the truth.

THE parent community. Got it. Wish there was one. But okay.

I'd much rather her brush up on contract negotiations, space planning, and supporting schools who are high achieving despite serving a low income population.

But I guess it's okay if someone clearly as smart and motivated as you thinks she should reach out to THE parent community. Seems like a misplaced wish given all that we have to tackle, but, hey, to each his own.

Great if more Redux, so long as it means people step out of the way of high achieving schools making it happen for low income students.

Black has been a miserable failure. She is so unqualified of that job!

I liked this: "The opposition has coalesced slowly, partly because of the mayor’s tight grip on the city’s political sphere, which is strengthened by his popularity and his vast financial resources." The Times should know.

All people are qualified as long as they got the "brain"

What popularity? The Times thinks if they write it, it's true. The mayor barely won re-election. if he tried to run for a fourth term, he would not get re-elected.