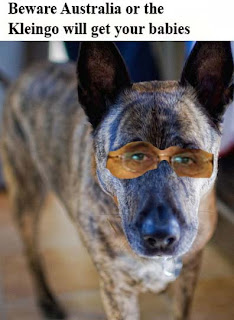 From the Melbourne Age: [In NYC] Students are required to sit standardised tests, schools get an annual report card grading them from A-D and F ...Schools that need help get resources to improve but if they fail to lift their game, they are closed or restructured — and more than 70 have been shut.

His critics argue that the measures are too punitive, that he relies too heavily on standardised testing and that the improvements to his students' results are not significant.

"The only independent check on student achievement in shows a completely different picture from that claimed by Klein," said Save our Schools convener . "The results of the National Assessment of Educational Progress administered by the US Department of Education shows that student achievement in has stagnated since 2003. The achievement gaps between blacks and whites, between Hispanics and whites and between low and high-income students are as large as they were when Klein began to overhaul the system."

Sydney Morning Herald : While Mr Klein says student scores have vastly improved under his watch, analysis by Diane Ravitch, a research professor of education at and senior fellow at the Hoover Institution at and the Brookings Institution in , shows the scores have been mainly flat or declining.

A former Productivity Commission economist, , the convener of Save Our Schools, said reported improvements in schools had been artificially inflated and lacked credibility. "The results of the national assessment of education progress administered by the US Department of Education show the student achievement in has stagnated since 2003," he said. "Adopting such a model in would lead to inaccurate and misleading comparisons of school performance."

An Australian education authority, Brian Caldwell, professorial fellow at the of , said: "If we were looking for international examples, we should be looking at countries like that has no national testing scheme. Their schools operate with a high degree of autonomy and they focus on making sure their teachers are well trained."

Angelo Gavrielatos, of the Australian Education Union, said the performed 29th in science and 35th in mathematics in OECD assessments. "The model is not one should emulate."

ABC News: AEU (Australian teacher union) president Angelo Gavrielatos says it would be counter-productive to take as an example. "We shouldn't be looking at importing flawed ideas from overseas. Let's look at importing successful ideas from overseas," he said.
" getting advice from the on how to do education is like Ian Thorpe getting advice from Eric the Eel." He was referring to the Sydney 2000 Olympics, when a swimmer from took almost two minutes to swim the 100-metres freestyle.

Canberra Times : The federal Education Minister, Julia Gillard, claims that reforms such as reporting individual school results are ''working'' and have produced ''remarkable outcomes''. She says that there has been continual improvement in student achievement in under Klein.

These assertions are refuted by test results in reading and mathematics. National tests show that average student achievement in schools has stagnated while state tests show a mixture of increases and declines, with no consistent pattern of improvement.

The Australian : During Mr Klein's week-long visit in , sponsored by global financial firm UBS, he will promote the tools underpinning the accountability system adopted in in .

He addressed a forum in yesterday on leading transformational change in schools, will address the National Press Club in today, and tomorrow will speak at a corporate dinner hosted by UBS on strengthening the links between business and schools.
Mr Klein's visit comes ahead of a looming showdown between the commonwealth and states and territories at the meeting of the Council of Australian Governments on Saturday over the reporting of school performance.

Addressing the forum yesterday, Mr Klein was effusive in his praise for Education Minister Julia Gillard, and described her speech outlining the Government's commitment to transparency in schools as one of the "greatest" on education reform he had heard. "The level of courage in a public official isn't as rare as I sometimes thought," he said….

Mr Klein received a mixed response from the 100-strong group of educators and policymakers at the forum. While teachers generally supported boosting accountability and empowering parents, president of the Australian Secondary Principals Association Andrew Blair was concerned that tests for ranking schools were simplistic. Mr Blair said measurements of performance should cover multiple methodologies, beyond "raw grabs" of test data.

Mr Klein said multiple measurements risked covering up underperformance. "The more we have multiple measures the risk is we dilute the power of accountability," he said.

Klein has employed a huge public relations staff to spin his policies in the media and counter criticism. He apparently has more PR staff than education policy advisors in his office. One of their key functions is to spread misinformation about the success of his policies.
----------
smithsan
social media

While they are not at all effective at improving schools, Tweed excels at PR. One wonders whether, if they were to put their abilities to work toward reasonable class sizes and decent facilities for kids, rather than PR here and in Australia, they could actually accomplish something worthwhile.

It appears, though, as long as the PR is in place, nothing else matters.

It looks as if NYC chancellor Herr Klein, aka Himmler, lies just as well as the monster who created the original "Final Solution" with his version of NYC final solution of public education.