Plutocrats fighting for petty privileges over the needs of our kids 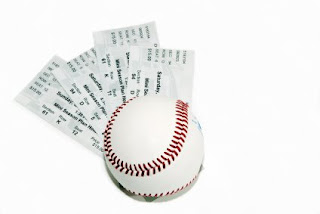 According to the new proposed school capital plan, only about 21,000 new school seats out of 63,000 will be finished when the current capital plan ends in June 2009.

Meanwhile, over the same time period, more than four times as many seats will have been created in the new Yankee and Mets stadiums alone – projects which the city has directly subsidized to the tune of hundreds of millions of dollars.

The city also pressured the IRS in giving the Yankees the use of more than $1 billion in tax-free bonds to build the stadium, just as the city is starving for tax revenue.

While the administration wants to cut way back on school construction, it also plans to spend $3 billion in capital funds to redevelop contaminated land in Willet’s point, $440 million to reopen and expand the Brooklyn house of detention, and $1 billion to build a 35-acre police academy in Queens.

The cost of the latter two projects alone if invested in schools instead could double the number of new seats in the proposed new capital plan to 50,000.

So what has the Bloomberg administration focused on instead of schools? The city has been busy negotiating itself free food and a free suite at Yankee stadium: According to the Daily News:

The Yankees got the city to write a letter to the IRS so they could obtain $942 million in tax-free bonds. The team plans to request $366 million more, saving them a total of $247 million in lower borrowing costs. In return, Bloomberg's team wanted a free luxury suite and the right to buy at cost 180 of the best seats to all home games, including post-season, the e-mails show.

The NY Times puts it this way:

The Bloomberg administration was so intent on obtaining a free luxury suite for its own use at the new Yankee Stadium, newly released e-mail messages show, that the mayor’s aides pushed for a larger suite and free food, and eventually gave the Yankees 250 additional parking spaces in exchange.

The parking spaces were given to the team for the private use of Yankees officials, players and others; the spaces were originally planned for public parking. The city also turned over the rights to three new billboards along the Major Deegan Expressway, and whatever revenue they generate, as part of the deal.

The e-mail messages between the aides to Mayor Michael R. Bloomberg and Yankees executives were obtained and released by Assemblyman Richard L. Brodsky, Democrat of Westchester, who questions whether taxpayers were adequately protected in the city’s deal with the team.

Mr. Brodsky said what emerges from the e-mail correspondence is a sense of entitlement ingrained in Bloomberg officials. He said that the city appeared to be pushing for use of the suite for not just regular-season games, but for the playoffs and the World Series, and for special events like concerts, too.

“There’s this ‘ in Wonderland’ quality to the question of, what is the public interest here and who’s protecting it?” said Mr. Brodsky, who conducted a hearing on the issue of public financing of sports stadiums this summer. “We can’t find the money for the M.T.A., or schools, or hospitals, and these folks are used to the perks and good things of life, and expect them.”

This represents the reign of Bloomberg at its finest – plutocrats who fight for their own privileges, over the interests of the taxpayer – and public school children.The administration's noblesse oblige is typical, as NYC Educator points out:

“It's kinda like when Bloomberg announced some pretty draconian job and program cuts earlier this month but refused to make the same kinds of cuts in his own office and doled out raises to some of his high-level cronies in the Transportation Department.

Or like when Bloomberg said it is very important that Wall Street executives at AIG, Citigroup, and other companies that have received hundreds of billions of dollars in taxpayer bailout money continue to receive their end-of-the-year bonuses despite driving their companies to near bankruptcy and ruin.”