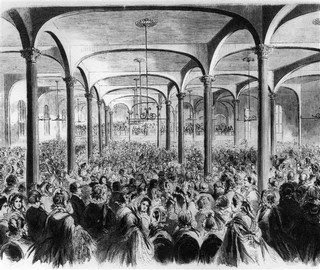 Check out the Villager, about Assemblymember Deborah Glick’s forum on Mayoral control at the Great Hall in Cooper Union last week. I was a member of the panel, and it was an honor and a privilege to be able to speak at the same venue where Abraham Lincoln and so many other historic figures once appeared.

As the reporter describes, one parent after another in the audience spoke out against the abuses in the current system of school governance:

“Of the 70 audience members, mainly parents, at the Great Hall, none spoke in favor of mayoral control. Of the three panelists, one said he actually favored the idea — though not under Mayor Bloomberg, who he charged is running things terribly.”
Posted by Leonie Haimson at 11/21/2008 11:04:00 AM