The sad state of arts education in NYC schools 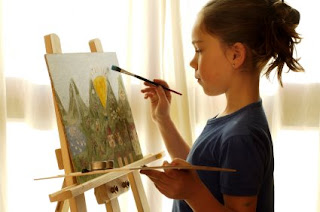 On October 14th, the New York City Department of Education released its second Annual Arts in the Schools Report for the 2006-2007 school year. The report was covered in print by The New York Post under the headline Arts in Schools Failure.

This was definitely not the headline the DOE was aiming for, but considering the state of arts education in public schools, it was right on the mark. A good analysis of the report was also provided on insideschools.org.

Among the main findings shared in the DOE's press release are the following:

Having reviewed the 66 page document, some of the findings that were not publicly announced should be of particular concern to parents interested in ensuring that their kids are getting a well-rounded education in city schools.

Among the report findings not shared with the media:

In addition, the report concludes that by and large, schools are failing to provide students with the arts education they are entitled to by state law:

Considering that a greater number of schools are now without an arts teacher, less money is being spent to bring cultural organizations into schools, and principals are drastically reducing spending on arts supplies and equipment, it is not hard to understand why so many schools are failing to meet the state education mandates.

With the elimination of Project Arts in 2006, the NYC DOE did away with a critical “safety net for arts education” that required principals to spend a minimal amount of a school’s budget on the arts. Without this baseline level of funding for the arts, and with looming budgets cuts and an increased focus on testing and test preparation, there is a good likelihood that arts education will be further marginalized, much as it was during the fiscal crisis of the 1970’s.