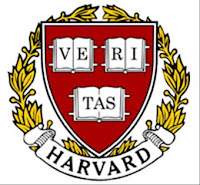 With the DOE’s release yesterday of the 2007-08 Progress Reports for high schools, we can now assert that the NYC public school system is fast approaching Harvard’s level of extraordinary accomplishment after just two years of report cards. As measured by the DOE’s scoring system, the amount of progress is simply breathtaking. At a time when mayoral control of schools is up for reconsideration by the State Legislature, what evidence could possibly be more compelling in favor of the continuance of Mayor Bloomberg’s guiding hand? Consider the following numbers.

In 2006-07, 61.7% of NYC public schools received an A or a B. This year, the DOE reports a remarkable jump to 79.3% of all schools earning an A or B grade, a gain of 18.4 percentage points in high achieving schools. At the elementary/middle school level, the increase went from 60.9% with A or B grades to 78.3%, and in high schools from 65.5% to a simply astonishing 83.1%. NYC public school parents can now rest assured that some 80% of their children are attending A or B schools, with high school parents even more comforted by their 83% level of quality performance.

As widely scorned as last year’s initial report cards were, this year’s results are laughably worse. No rational adult in NYC, public school parent or not, will believe that 80% of the schools citywide deserve an A or B. The notion that the DOE can somehow grade itself in anything other than a self-serving manner is ludicrous, wishful thinking for the delusional true believers but utter nonsense to anyone grounded in the reality-based world. We all know the line by now. You can put lipstick on a pig, but it’s still a pig.

I’ve added some additional analysis. Schools that have Progress Report grades for both years can be divided into three groups: letter grade rose, letter grade stayed the same, or letter grade dropped. Here are the breakdowns:

Note that of the 43 schools in this group rated F last year, 32 are now A or B schools after just one year!!! Similarly, of the 93 schools rated D last year, 62 of them are now A or B graded. No doubt about it - Mayor Bloomberg and Chancellor Klein are turnaround experts extraordinaire!
Posted by Steve Koss at 11/13/2008 11:03:00 AM

This is absolutely correct! My principal bought the Londonaires bagels and a host of little gifts. Needless to say, we had a great QR. The principal handpicked the staff members who she knew would sing her praises. The entire process was a farce. I can't imagine the DOE being objective. I am sure the DOE QR's will be even more full of you know what!