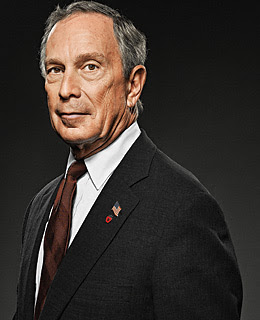 On Thursday, the Mayor and Chancellor held a press conference to release the results of the teacher, student and parent surveys -- posted here. Almost immediately, they misrepresented what the surveys actually said -- by repeatedly claiming that class size did not come out as the top priority of parents, when it did.

A little background: I was one of the participants in the parent focus groups that were organized by DOE and KPMG to help develop the survey. Our focus group as well as every other said that large classes, as well as an overemphasis on testing, were top concerns of parents and should receive their own questions on the survey. (We knew about the results of the other groups because they showed them to us.) Yet when we were given a draft of the survey, it didn’t have a single question that mentioned class size or testing on it. We protested vociferously, and DOE offered a compromise– that they would include class size and test prep as one of a list of 10 possible priorities in a catch-all question at the end of the survey.

We didn’t think this was sufficient – since it seemed purposely designed to minimize these problems and ensure that these issues would get as low a preference as possible We continued to argue that each deserved its own questions – especially given all the other repetitive and apparently purposeless questions that the survey contained. Yet they went ahead anyway, we asked parents to consider boycotting the survey, and we subsequently undertook our own independent parent survey, whose results will be released soon.

So what happened? Despite the attempts by DOE to minimize this issue, smaller classes still came out as the top priority of parents at 24% -- which is quite substantial, considering they were forced to choose among many other compelling options.

Question 13: Which of the following improvements would you most like your school to make?

So what did the administration do? Rather than accept the reality of their own data, they put together a press release that attempted to obscure the results.

In a rather clumsy attempt to minimize class size concerns, the Mayor's Press Release contrasted the 24% of parents who selected smaller classes as their highest priority with “45% of parents who said creating more or better programs should be their school’s top priority “ They omitted the critical fact that they had to lump four different responses to get to this latter figure (more enrichment, hands-on learning, challenging courses, and arts programs.)
At the press conference the Mayor went further, and actually said: “By a big majority, two to one, parents would rather have you spend more money on enriching the programs rather than reducing class size.”

During the press conference he also denigrated groups who advocate for smaller classes, “When somebody stands up and says, “‘I speak for all parents and we want smaller class sizes,’ that’s just not true.”

As I was quoted in the Times , "It’s a transparent attempt to minimize the importance of an issue that is staring everybody in the face as the top priority of parents.”

Thanks to keen reporting, the NY Post noted the Mayor's error in claiming that parents preferred more enrichment over smaller classes, and the NY Times noted the deceptive comparison between class size and "more or better programs." See also the NY1 story.

If the Mayor's misstatement was an inadvertent mistake, you would think he would have figured it out after all these news stories. But you would be wrong.

On Friday, he went on his weekly radio show and did it all over again. Here is an excerpt:

Gambling: What did you learn? What was the one surprising thing that you learned from this?

Mayor: People wanted, by a factor of 2 to 1, double the number of people wanted more money spent on enriching programs as opposed to class size. Class size is something we want to work on. We are bringing it down, we're building more classrooms, you've got the biggest construction budget ever seen and all that sort of stuff. And we really are. We're hiring more teachers all the time. So we're going in that direction. But class size as compared to better teachers say, the science shows, are really important, and parents seem to think that.

He added some other rather interesting comments:

"You know everybody's got bitches, and of course that's what the papers focus on. But there are an awful lot of people very satisfied."

And: "The real world is full of tests. Every day your employer tests you all the time!... People who say too many tests, I don't know what they're thinking."

He also reiterated that despite the City Council override of his veto of the cell phone bill, he would continue to confiscate any cell phones that students brought to school.

What can you say? For a guy who claims to worship data, Bloomberg appears to have little interest in getting it right when it comes to how parents feel about the importance of class size.

I don't post here often enough, but I do read this blog daily. Thank you for everything you do.

Wish me luck Randi visits my school tomorrow and I am expected to be my schools photographer for this publicity event. Atleast I'll get a nice breakfast out of it.