The cover-up on class size continues 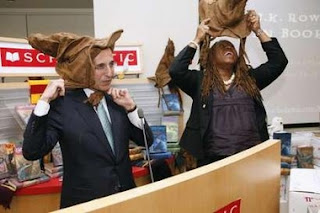 In response to our letter to the Mayor, asking him to correct his misstatements about the results of the Department of Education parent survey, DOE officials and the Chancellor himself continue to deny that they have been disingenuously spinning the results. In the process, they are still trying to cover up the fact that the need for smaller classes was the top priority of parents who responded to the survey.

See this NY Sun article, Mayor Asked To Correct Class Size Statements, in which David Cantor, DOE spokesman said: "Class size is a major concern, but the fact is that more than 40% of parents say improving academics is the most important issue facing our schools."

And Chancellor Klein on NY1 said: "The numbers are clear; the mayor's representation is accurate...We don't need people to politicize the debate when the facts are all known and all visible. We put them all out there." (Video clip here.)

Ironic that Klein claims that we have "politicized" the debate, when all we asked in our letter is that the Mayor should stop mischaracterizing the results of his own survey.

Indeed, it was Bloomberg himself who tried to politicize the findings, by falsely claiming that the responses showed that class size was not the top priority of parents and casting aspersions at groups like Class Size Matters, asserting at his press conference that that''When somebody stands up and says, 'I speak for all parents and we want smaller class sizes,' that's just not true.''

No surprise to anyone remotely involved in New York City civil service during the Bloomberg administration. Check out today's New York Times article page 1 of the Metro section. It appears that the NYC Corporation Counsel wanted to speak to firefighters before they spoke with the District Attorneys Office investigators. No doubt, they wanted them to understand the city's view of the tragedy that claimed 2 of their brothers. They will try to spin the facts just as they spin the survey results, test scores, crime statistics. No surprise at all...