No “Wired” Kids on Subways 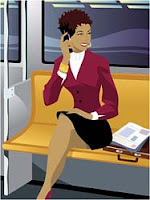 September 20, 2007 (GBN News): NY City officials announced today that all city subway stations will soon be wired for cell phone use. The plan, in the works for some time, was given new impetus after this summer’s severe flooding, which shut down the subway system and left riders stranded for hours. The move is designed to enhance the safety and emergency communication for all New Yorkers, except for schoolchildren traveling to and from school.

Asked why children, who are our most vulnerable city residents, are not being afforded the same safety opportunities as adults, Mayor Bloomberg was characteristically dismissive. “Subways are for studying”, the Mayor said. “If the train gets stuck, they should be concentrating on their math homework, not bothering their parents about whether they want beef or fish for dinner.”

In a related story, the Department of Education announced today that the plan to install lockers outside schools, for children to store their cell phones before entering the building, is being dropped. Schools Chancellor Joel Klein told GBN News that the DOE was unable to find an outside vendor who could make a profit on the lockers. Instead, Mr. Klein said that all high schools and middle schools will provide designated outside garden areas for children to bury their cell phones before school. The DOE is soliciting bids from outside vendors to rent shovels to children at a nominal cost of $1 a day.
Posted by Gary Babad at 9/20/2007 08:50:00 AM