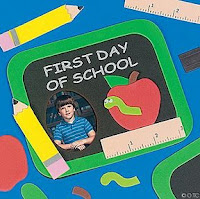 September 4, 2007 (GBN News): The first day of school proved to be an embarrassing one today for Chancellor Joel Klein and Mayor Michael Bloomberg. To start the day, Mayor Bloomberg missed a joint appearance with the Chancellor at a Queens middle school when Mr. Bloomberg’s SUV got stuck in traffic on the way to the subway. Left to fend for himself, things went downhill after that for Mr. Klein, when his Blackberry was confiscated in a metal detector search. Mr. Klein then had to cut short his visit to the school when it became apparent that class sizes were so high, there was no space for him to get into any of the classrooms to visit.

Mr. Klein then tried to retrieve the Blackberry in order to email his office and revise his schedule, but as per Chancellor’s regulations, he was told that it would only be returned to his parent at the end of the day. Fuming, the Chancellor stormed into the school office to use the phone, but there was no answer at the DOE despite his repeated attempts to call. The Chancellor’s only recourse was to call a hotline set up by Public Advocate Betsy Gotbaum. Ironically, Ms. Gotbaum had created this hotline precisely to help people who could not reach the DOE amidst the chaos of Mr. Klein’s latest school reorganization.

In a related story, GBN News has learned that based on data gathered in the first three hours of the school day, the new DOE $80 million ARIS computer system has labeled thirty-six schools as “failing” due to poor test results. The Principals of twelve of those schools were fired today and the rest are to be reassigned. Afternoon test results were not available at press time, but may result in additional personnel moves. A statement will be forthcoming from Chancellor Klein as soon as he gets his Blackberry back.