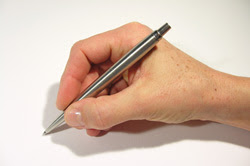 This letter was faxed to City Hall today:

The newly released DOE parent survey clearly showed that smaller class sizes is the number one improvement that parents would most like in their schools. Nearly one of every four respondents, or 24%, named smaller classes as their top choice from a list of ten choices. Given this response, we have been surprised at your statements about the desire for class size reduction versus “more or better enrichment programs” which came in second, at 19%.

Twice in recent days, first at a September 6th press conference and then again on September 7th on your radio show, you said that parents by a "two to one margin" preferred “enriching programs” to smaller classes.

Understandably, enrichment is an important issue to parents – especially as many schools are lacking greatly in this area, due to the emphasis on preparing students for the state tests, with double periods of ELA and math. This is a trend that will probably worsen as school grades will depend 85% on test scores in these two subjects.

We wish to continue to work with you in a cooperative fashion to ensure that NYC children receive the quality education they deserve. To do that, it is important to acknowledge the actual desires of parents and state them accurately. In this spirit, we respectfully ask that you state clearly that smaller classes were the top priority of parents who responded to your survey.

WOW GOLD, nice blog. its worth reading. I liked it very much