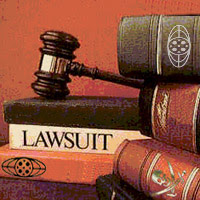 Today's City Council hearings on parent engagement went for many hours. One early development was the angry back and forth between council members and DOE over the cell phone ban. Council member Lew Fidler of Brooklyn finished one exchange by telling Deputy Mayor Walcott "We'll see you in court".

While the council has recently passed a law protecting the rights of students to carry phones to and from schools, they have previously not openly expressed willingness to fight the battle in court. That heavy lifting has been done by public school parents represented by Attorney Normal Siegel and law firm Morgan Lewis. Fidler's comment may signal that the Council will now step up to defend both its own legislative prerogative and the rights of families.

Earlier, Martine Guerrier, who heads the Office of Family Engagement and Advocacy (OFEA) and Deputy Mayor Dennis Walcott had testy exchanges with Council member Peter Vallone. Vallone was frustrated that Guerrier endorsed the mayor's position on cell phones rather than advocate for the position even she admitted was held by an overwhelmingly majority of parents.
Posted by Patrick Sullivan at 9/20/2007 06:49:00 PM