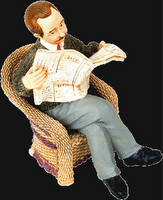 September 25, 2007: Controversy swirled this week over whether it is appropriate to give a forum to illegitimate and dictatorial leaders, chosen by an undemocratic process, who are out of touch with the needs and wishes of the people they represent, who persecute their citizens with severe penalties for trivial offenses and who manipulate facts to serve their own ends. The idea of showcasing such leaders is certainly abhorrent, and it is understandable that people would be upset. GBN News shares these feelings, but nevertheless, we feel that in a free society, people should be allowed to express even the most offensive of ideas. Therefore, we feel that calls for the cancellation of the meeting between President Bush and NY City Schools Chancellor Joel Klein are not in the spirit of our open and democratic society, and the meeting should go on as scheduled. Their statements - whether about the illusory “improvement” in test scores or the illusory WMD; the purported commitment to working with parents or to working with Congress; or the rationalizations for failure to obey City law on the cell phone ban or international law on treatment of prisoners - should be laid out for all to see as the rantings of leaders near the end of their time in power; leaders whose policies and decisions are being discredited, and who will be judged harshly by history. Our willingness to allow the free and open airing of their views can only hasten that process.
Posted by Gary Babad at 9/25/2007 05:55:00 PM