Bling instead of books: how low can they go? 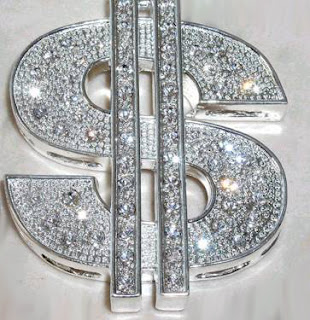 Every time you think the DOE can’t stoop any lower they do.

Roland Fryer’s experiment, originally supposed to be small-scale and privately funded, has now mushroomed into an expensive project to provide tens of thousands of students with cell phones, free tickets to sports games, and text messages from famous athletes and rappers --– to “convince” them that staying in school and working hard is worthwhile.

Because the ban on carrying cell phones to school will continue, students will still be unable to communicate with their parents, or be alerted in case of an emergency , but celebrities will be able to text message them at home. See the Inside Schools blog on this:

This week's plan, according to the Times, is to have famous people, such as Jay-Z and LeBron James, send poor kids text messages telling them to stay in school. Really. Because a rap artist who dropped out of high school and a basketball player who skipped college for a multi-million-dollar professional contract are the perfect figures to teach kids about the long-term benefits of doing well in school.

Here is an excerpt from the NY Times article describing the rationale for this project:

Schools Chancellor Joel I. Klein said the project was the city’s first attempt to bring about change in the culture and behavior of low-performing students after years of efforts focusing on school structure and teaching.

“How do you get people to think about achievement in communities where, for historical or other reasons, there isn’t necessarily demand for that,” Mr. Klein said yesterday in an interview. “We want to create an environment where kids know education is something you should want. Some people come to school with an enormous appetite for learning and others do not — that’s the reality.”…. Dr. Fryer said he viewed the project in economic terms, arguing that while the administration’s previous efforts have focused on changing the “supply” at schools, this one is proposing to change the “demand” for education by making students want to seek learning.

“You can have the best product in the world, but if nobody wants it, it doesn’t matter,” Dr. Fryer said.

If Fryer thinks that NYC schools are the “best product in the world,” he must be blind. And Klein says there have been “years of efforts focusing on school structure and teaching”!

Just yesterday, the Daily News revealed the fact that at the ACORN high school, which received a “F,” every student is forced to share a text book with five others. Why don’t we start on providing kids with books, before we move on to bling?

I know Fryer just recently arrived from Harvard, but are the rest of these guys so insulated from reality in their chandeliered palace that they don’t know how overcrowded and deprived most of our classrooms really are?

Here are the words of Ms. Frizzle on the latest twisted scheme coming out of :

The blame here is so misplaced it is unbelievable. If motivation is the issue, perhaps the city would do well to take a look around the schools we ask poor children to attend. In mine, at least, a building that serves grades K-8, they eat in a nasty-smelling, ugly-as-hell cafeteria, learn in classrooms that are perpetually uncomfortable because someone cannot figure out how to heat our building properly (we’re talking upwards of 80 degrees with the windows open in the winter), … The school building - despite the efforts of those of us who work there - lacks the kind of magic that inspires, lacks the comforts that communicate care and importance - and let’s be frank here, the kids are needy as hell and there is never enough… never enough mental health services, never enough school supplies, never enough teacher attention, never enough paraprofessionals. Classes need to be smaller so each one of these kids can get the attention he or she needs to make up for very real challenges that accompany being poor in the richest city on earth. School buildings need to say “You are welcome and cared for here and will enjoy the time you spend here, and what happens here is our priority.” And then, when we’ve made our schools beautiful and filled with the talented people and plentiful resources to provide what children need in order to do well, only then we can turn our attention to whatever gaps in motivation might exist and start sending out edgy little cellphone messages about the value of education. Christ.

It’s kind of startling, the amount of effort, time and money going into this “rebranding” campaign – but I guess when you’ve given up actually trying to improve schools, as they seem to have done at Tweed, what’s left? If you run via PR, you think that’s PR is all that exists.

It’s like Karl Rove, who said: ''We're an empire now, and when we act, we create our own reality. And while you're studying that reality -- judiciously, as you will -- we'll act again, creating other new realities, which you can study too, and that's how things will sort out.”

So which students at which schools are going to be offered the thousands of new tickets, cell phones and the rest? Those attending KIPP and New Visions schools. I thought these schools were already so expert at motivating students…but I guess not. If nothing else, this will probably lead to a surge of applicants, so they can even more effectively skim off the top.

And I guess we’ll just continue to disregard all those hundreds of thousands of students, left attending our large, overcrowded high schools, in classes of 30 or more, with not enough books, not enough desks, and not enough attention from their teachers. In time, they will eventually figure out that nobody in power real cares enough about the quality of their education so they might as well drop out or in other ways disengage. But it won't be the fault of those at , because as Eli Broad, Bill Gates and every other billionaire knows, NYC schools are already the best product in the world.