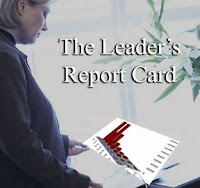 November 4, 2007 (GBN News): Many New York City principals are said to be incensed over a Department Of Education requirement that they have someone at home sign their school “report cards” before they bring them back to school the next day. One principal, who spoke on condition of anonymity, said she feels “totally humiliated” and that, “I feel like I’m a kid back in school going home to face the music.” Another principal said, “I can’t show this to anyone at home. I haven’t even told my wife I’m a NYC school principal. She’d never let me take such a risky job.”

Schools Chancellor Joel Klein says there should be no such concerns, however. “We empower our principals to make their own decisions,” he told GBN News. “It’s totally their own choice who signs their report cards. It can be a parent, a spouse, even a friend.” But as to the potential consequences, the Chancellor sounded less sympathetic. “The glue that holds all of our reforms together is that principals are accountable for their scores,” he said. “Whether it brings them humiliation or adulation, we spent $80 million for ARIS to come up with these report cards. We certainly have a right to ask for a signature to make sure someone actually reads the damn things.”
Posted by Gary Babad at 11/04/2007 07:27:00 PM