School Report Cards: Is There Method to the Madness? 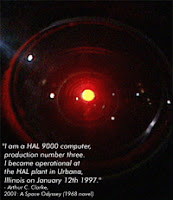 November 8, 2007 (GBN News): The release this week by the Department of Education of new school “report cards” has sown tremendous confusion among parents and educators. Many highly rated schools are getting mediocre, even failing grades, and many schools on the state failing list are getting high grades. While education experts may be baffled, GBN News has spoken to a source at the DOE that may cast some light on the situation.

This GBN News source works for a group within the DOE termed the “ARIS Control Team”. The team is a group of computer experts charged with devising the programming used to evaluate students’ test scores and other data, and to ultimately translate them into individual schools’ report card grades. However, what the source told us about the role of ARIS and his team was surprising. The following is GBN News’ interview with this source, who spoke to us on the condition of anonymity:

GBN News: So tell us, what exactly does this “ARIS Control Team” do?

Source: Actually, most of us just sit around all day playing computer games. It’s the easiest job I’ve ever had.

GBN: But if that’s all you do, how do you come up with all the data that the DOE uses to figure out the schools’ report card grades?

S: Well, nobody’s supposed to know this, but the grades are actually assigned to schools totally at random; they have nothing whatsoever to do with the school’s actual performance. Our only role was to develop a simple program that randomizes the data that ARIS collects, then distributes grades based on a curve predetermined by the DOE. The whole thing took us about 10 minutes. Any college kid could do it.

GBN: Why in the world would the DOE do such a thing?

S: We’ve been wondering that too. So when we got bored of the computer games, we had ARIS do a little research for us, to see if we could figure out what was going on. We plugged in some keywords like “Chancellor”, “chaos”, and “confusion”, sent ARIS to the web, and lo and behold, ARIS came up with a bit of analysis that may have put it all together.

GBN: What did it come up with?

S: What ARIS found on the web was an article from 2004 that may just explain why they’re putting us through all this insanity. The article shows the Chancellor pushing a concept called “creative confusion”. The idea seems to be to shake up the system repeatedly, and to break down the opposition by sheer virtue of confusing the hell out of them. It’s all done on purpose. Well, if that’s what they’re trying to do, they certainly succeeded with the constant DOE reorganizations, and they’ve really hit the jackpot with these school report cards.

GBN: Do you really think this is what the DOE is up to?

S: When you think about it, there can be no other explanation. Award winning schools getting “F’s”, schools on the failing list getting “A’s”. It defies logic, unless this is all being done to for the express purpose of confusing everyone.

GBN: So this $80 million ARIS computer is just being used to generate a randomization program that any first year computer science major can write?

S: Oh, that’s not the whole story. You forget that the Chancellor has threatened “consequences” to schools that get low report card grades.

GBN: But what does ARIS have to do with consequences?

S: Remember HAL in the movie “2001” - a supercomputer that took over a spaceship and locked the captain outside in the void of outer space? So now it’s 2007, and it’s amazing what computers can do these days. $80 million buys a pretty powerful computer. Put it this way, if I were a “low performing” principal, I’d think twice before I ventured out of the school building.
Posted by Gary Babad at 11/08/2007 09:49:00 AM