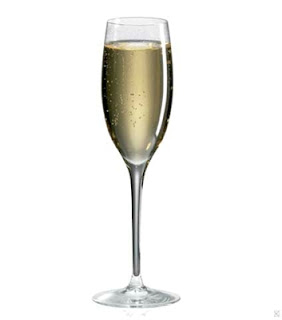 Here's a toast to the educators who have spoken out against the reductionist, test-driven stranglehold that the administration is attempting to impose on our schools:

First, to the teachers of PS 196 in the who, according to the NY Post, voted to reject the new merit pay scheme that offers an extra $3,000 to teachers if they improve test scores enough.

"I'm trying to move away from test scores being the be-all, end-all," said a PS 196 teacher. "I'd rather impress upon them the importance of a well-rounded education."

Then, to I.S. 318 in , for deciding not to take any extra steps to improve the school’s grade of “B”, since it would require too much additional test prep. As the assistant principal, John Galvin explained to the NY Sun :

“Moving to an A, he said, would require spending many hours on small improvements, moving students who are already passing tests to get just one or two more questions right on a standardized test.

He said test prep would leave students bored, not stronger learners. " We're not going to give up doing art, music, chess, robotics — all the great programs we have during the day that gifted kids are interested in — just to make sure they get a better or equal score than they got the year before," he said. "We do care about the test, but not enough to sacrifice."

Finally, to Ellen Foote, the principal of IS 89 in lower Manhattan, for protesting her school’s grade of “D” to the NY Times in defiance of strict orders from Tweed, and in advance of the official announcement:

“I do not want to devote more time to teaching to the tests,” she said, adding that she would have to sacrifice art, music and individualized instruction. “Is that what’s required now to get a good grade on this progress report? That’s a compromise that I don’t think I am willing to make.”

Bravo, to these courageous individuals, for resisting the administration – and standing up for the authentic meaning of education in these difficult times. As islands of sanity in the testing mania that threatens to overwhelm our schools, we salute you!

I nominate you, Leonie, for standing up for what's right against what's politically expedient. And I hope a million New Yorkers follow in your footsteps.

I live in a nearby suburb, and if the schools practiced experimental nonsense like the voodoo we're seeing, our residents would be approaching the district office with torches and pitchforks.

I nominate Tamara Rowe, who has been a P.S. 3 SCC Co-President, a Clinton PTA President & currently Co-Pres. You'll have to get her résumé from her, as it could probably fill up the whole page. She is the ultimate advocate for students as well as parents, always informed and always actively pursuing the highest quality educational opportunities for the schools she represents. Tamara has three daughters, one each in elementary, middle, and high school, as well as a day-care business. She is pursuing her masters degree while continuing to volunteer on behalf of our kids. I don't know how she does it, but you couldn't ask for a better person for the job(s)!

Given the opportunity, I'm afraid that I would vote against your nomination for the teachers of PS 196. I agree that test scores should not be the "be all and end all". But proficiency in reading and writing is a prerequisite to obtaining a "well rounded education". "Impressing upon students the importance of a well-rounded education" is a poor substitute for making them literate, and PS 196 is a school where fully half of 4th graders are scoring below proficient in ELA. A dismissive attitude towards such test scores is not something to celebrate.

Actually, nobody at PS 196 who was quoted in the article said anything about "test prep". I would also suggest that the best preparation for the ELA test is to focus on reading and writing. Schools that focus unduly on "test prep" do not actually do a good job of preparing their students for the ELA test, which is a skills-based test.

As for IS 318, I quite agree with AP Galvin's attitude about his kids who are already passing the tests. But about 45% of his kids--and more like 65% of his African American kids--are failing the ELA test, which basically amounts to flirting with functional illiteracy. 11% of his 8th grade boys scored at level 1; their odds of graduating from high school are not at all good. I don't really see why his school would need to sacrifice art, music, chess, or robotics for its literate students to spend more time on reading and writing with its borderline illiterate students.

George,
You have your facts wrong. For someone spending so much time investigating the data of my school ...pl ease get it right. 45% of my students are NOT failing the ELA test and 65% of African Americans are NOT failing the exam. And your assertion that 11% of eighth grade males are LEvel I....,thats false too. I was addressing the fact that in order to get an A we would need to concentrate extensively on the results of the ELA exams for students whowere ALREADY deemed proficient or better. We already do spend a tremendous amount of time on improving the results of our more struggling kids. Please dont just make up datato support your points....I know we live in a data driven system....but can we at least use the real numbers!

Principal Galvin: You’re right about most of the numbers. Apparently I can’t do the math to convert a pass rate to a failure rate—I dropped a digit in the tens place. I apologize, and I feel really stupid. The correct pass rates, according to the most recent NYS Report Card (https://www.nystart.gov/publicweb-rc/2006/AOR-2006-331400010318.pdf, page 12), for ELA students in grades 6, 7, and 8 are 64%, 65%, and 55%, respectively. So that is more like a 35% failure rate for grades 6 and 7. Only grade 8 has a 45% failure rate. Failure rates for African Americans for grade 6, 7, and 8 ELA are 44%, 48%, and 41%, respectively. I have no idea where the 65% number came from. I assure you I wasn’t just making numbers up, but I can certainly understand why you would think that I was. Maybe I was looking at a different school? Whatever the cause, that was very sloppy on my part, and you are right to be annoyed.

But beyond the grievously erroneous numbers, I think my original point stands. That said, your blog comment does not convey the impression of apparent complacency about your low performing kids that I got from the way you were quoted in the Sun, and which I found so objectionable. Maybe that reaction to your words was unfair of me, and maybe the reporter excerpted your comments such that context was lost, but in any event that's how the original quote came across to my ears.