Deborah Meier on the Chancellor's inequitable G and T proposal 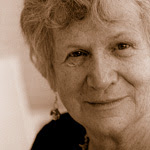 The notion -- like NCLB -- that it's all being done in the name of equity, on behalf of the oppressed is such nonsense.

They are using two instruments we know for a fact provide racially biased results--it's the data that the canards about racial inferiority are based on and comes with a history of bias. Both class and race.

Furthermore, we know that psychometricians have unanimously warned us for years about the lack of reliability of standardized tests for children under 7. So this is a way to insure that not just moms get gifted classes?

But it is a sure way to get every child in NYC, by mandate, measured and sorted on the basis of IQ and so-called "school readiness" indicators in a "objective" way--one that does not allow us to note any gifts or talents besides those that show up on such tests. It would exclude Einstein, for sure. All children will thus get labeled in the most vicious way for the purpose of picking out those in the top 5%? Does that sound credible?

Write anyone and everyone you can think of, including the local press, about this. Overwhelm them with a barrage of indignation over this sneaky and professionally unsound practice.

Meanwhile, we also have to launch a letter-writing campaign against the very idea as well as the tool by which schools are being "graded". This must come at least as much if not more from the schools who got A and B grades. Don't leave it to the colleagues under attack to defend themselves against these damaging absurdities.

To comment on the proposal to give IQ tests to all Kindergarten students, email giftedandtalented@schools.nyc.gov thru Nov. 25.Or sign up to speak at a Town Hall Meeting starting next week, at 6 PM; dates and times here.