Eduwonkette on the "statistical malpractice" of this administration 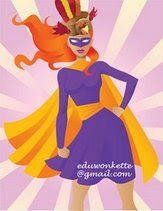 Check out the telling critique of the new school grading system from Eduwonkette, an astute new blogger:

"Earlier this week, Mayor Michael Bloomberg flexed his muscles by threatening to close F schools as early as June. He quipped, "Is this a wake-up call for the people who work there? You betcha."

Through analyzing these data, I've concluded that the people in need of a wake-up call work not at F schools, but at the NYC Department of Education....There are five reasons the report cards might kindly be called statistical malpractice".

One statistical anomaly she points to: the grades received by the schools that run from 6-12th grades. Of the 33 schools, 22 have different grades at the middle and high school level -- many of them sharply different. Examples?

Clearly the grades these schools received reveal nothing useful about the leadership or the overall quality of the school, as the administration would maintain.

Is this a wake-up call for the people who work there? You betcha.