The Case of the Missing Teachers 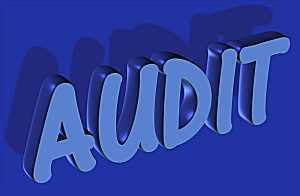 Our blog got another media mention today -- from the Wonkster, in their commentary on the new IBM computer system called ARIS.

Meanwhile, another goddawful NY Post editorial blaming all the problems in our schools -- and all the resulting discontent -- on Randi Weingarten and the UFT. You'd think the UFT was responsible for the bus route fiasco, every flawed reorganization and million dollar consultant, and the fact that none of the initiatives introduced by this administration over the last six years have actually improved our schools.

The NY Post editorial is called "The Case of the Missing Teachers" and it claims that by using their new supercomputer, Tweed will find out where all teachers who haven't been assigned to the classroom are hiding. Of course the computer system will do nothing of the kind.

The Department of Education has spent hundreds of millions of dollars over the last six years to hire thousands of administrators, consultants, coaches, and other bureaucrats -- and without making any significant improvement in class size. Last March, the State Comptroller released an audit, showing that with almost $100 million in state funds, supposed to be used to lower class size, the city only created 20 extra classes – and was using the money for other purposes, contrary to law.

There were 1566 missing teachers -- and 1566 missing classes -- compared to the number the city had claimed to have created. Despite these findings, DoE refused to accept any of the recommendations of the State Comptroller to use the funds as intended.

Has the New York Post ever written an editorial on this? Of course not.

Without any need for any supercomputer, officials at could make sure that more of the funds already available and a portion of the additional billions of dollars that will be provided by the state over the next four years are directed to the classroom by reducing class size.

Unfortunately, they plan to do nothing of the sort. Instead, they will buy a super-computer that will tell us that what we know already: that too many of our children are failing – because they are deprived of the smaller classes they need to succeed.