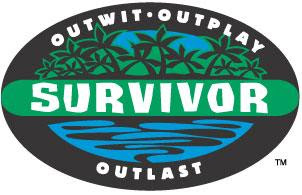 March 26, 2007 (GBN News): The NY City Department of Education announced today yet another in a series of reorganizations, a new plan called, “Every School For Itself”. The move came as a bit of a surprise to most parents and educators, given that the previous initiative, “Children First”, has not yet been completely implemented. In response to a question as to why the abrupt change, Schools Chancellor Joel Klein told GBN News that this shows just how much the schools have improved under his leadership and that of Mayor Bloomberg. “To be able to change before changing”, the Chancellor said, “is the ultimate measure of success.”

Details of the new plan have not yet been fully developed, but will involve fierce competition among city schools for scarce resources. The plan will take effect April 1 according to the DOE statement. By that date, principals were to have made certain choices for their schools, which will determine their success or failure. What their options will be has also not yet been decided.

In a related story, Parker Brothers stock fell 10 points today amid concern over the fate of its new games, “Children First: A Game of Irony”, and “NCLB: The Game”, given that they were based on the last reorganization. Company spokesperson Brad Milton vowed that the game maker would keep up with the rapid changes. A new game is already being developed, Mr. Milton stated, which will be called, ”Survivor: New York City Schools”. However, it was feared that cost overruns due to the frequent need for redevelopment would render the game unaffordable to all but the very wealthy.