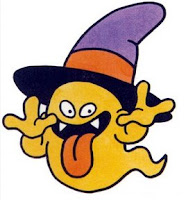 We’ve all been particularly frustrated by the DOE lately, but parents take heart: Fantasies do sometimes come true, and maybe the holidays will just be a bit late this year: (The following appeared on the NY Education News Listserv last December)

Twas the day after Christmas/Chanukah/Kwanzaa/…,when all around Tweed
Not a creature was stirring, no one to take heed.
Empty stockings were hung by the chimney without care,
It was clear that Alvarez and Marsal had already been there.

The city schoolchildren were nestled all snug in their beds,
Hoping to go back to school without dread,
Of large classes, high stakes testing and the ban on cell phones,
Never had parents and children felt so alone.

When out on the lawn there arose such a clatter,
That even Bloomberg and Klein would know something's the matter.
Away to the window I flew like a flash,
Tore open the shutters and threw up the sash.

Three white figures – a ghostly cast
The ghosts of Districts Present, Future and Past.
District past was St. Louis, the present New York,
The ghost of the future, from District Court.

Oh, Bloomberg and Klein, the fates for you,
Will be in the hands of this ghostly crew.
If you don't heed the wishes of parents and kids,
Alvarez and Marsal will go out for bids!

Bloomberg and Klein just sprinted away
Too scared to face us another day
Twas clear they were frightened to the core
We won't have them to kick around any more.
Posted by Gary Babad at 3/19/2007 09:21:00 PM