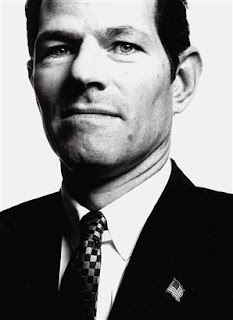 Governor Spitzer has criticized Mayor Bloomberg's assertion that graduation rates are improving. Regarding this oft-cited "accomplishment", the Governor says the City's graduation rate "hasn't changed in any significant way". Here's the story in the Daily News.

Apart from the trend, there is a more fundamental disagreement over what the rate actually is. The City asserts the graduation rate is 58.2% while the State says it's only 43.5%. (For those checking facts, click on the numbers).

Why the difference? First, the City counts all students that get a GED as a regular high school graduates, as well all who graduate after summer school following their fourth year of high school. The City also refuses to include in the cohort almost 6,000 special education students in segregated classes, and more than 16,000 students “discharged” to GED or alternative programs. We know that very few students in either group ever graduate with a regular high school diploma. None of these practices are considered acceptable by the federal government or any independent agency. In fact, the latest report from the US Department of Education's National Center for Education Statistics showed NYC with a four year graduation rate of only 38.9% -- the lowest of any of the 100 largest school districts in the country.

Graduation rates are not the only thing the City struggles with measuring. The Mayor's administration still can't seem to publish average class size statistics as required by law. In their February class size report to the City Council, they were supposed to release second semester class size averages, which differ significantly in high schools from the first semester. Yet instead, they simply provided revised numbers for October. Is that the best they can do? Is is really so hard to count how many of our children are in class?
Posted by Patrick Sullivan at 3/07/2007 08:37:00 AM

Mark Twain said "there are lies, damn lies and then there are statistics."

No one is mentioning the new trend in high schools. Due to annualization, all 55's will be changed to 65's, kids will be back credited with everything they've failed and graduation rates will increase.

PO'd How does "annualization" work?

Kids in hs usually change classes in Feb. If they have failed the first half, they repeat it before going on to the second. Now, even if they fail, they are being promoted. Learning math is cumulative and if you can't do the stuff from the beginning, you can't possibly do the stuff at the end. Now, with annualization, all kids are being pushed ahead. If by some miracle they manage to pass (the regents is a joke so if this is the term they take it, they've got it made), the failing grade from the term before is changed to passing. The kid could ahve cut every day, done no homework or classwork, been disruptive, etc, but he will pass. One of my students told me his guidance counselor told him not to worry about graudation because every 55 on his record could be changed to a 65 and he can get out in June.

We are graduating kids with "seat" credit instead of knowledge. but the graduation statistics are going up.