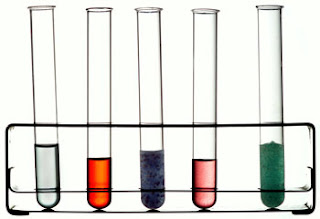 The DOE had a press event today to announce what it called the "first-ever" citywide curriculum in science. Maybe they don't know this, but there have been citywide curricula in science in the past. Chancellor Rudy Crew created one; so did Chancellor Frank Macchiarola. So did superintendents of the NYC public schools in previous decades.

As for the curriculum, it turns out there is no curriculum! There is only an announcement that they plan to get one or buy one or something. It does not exist!

This item came up over at Edwize, and I commented on a difference in opinion regarding the reading of the press release. Can you link to some sources for the statement that "there is no curriculum?" I don't know about the lower grades, but my school's 6th grade have been "piloting" a series of units from DOE, so something is out there in some form.

I do agree with Edwize that it's silly for the DOE to be spending money developing curriculum, essentially re-inventing the wheel, when there are many programs already available that are at least as good as or better than anything DOE will come up with.

The other BIG caveat about any DOE science initiative in elementary grades - are they really willing to put the resources into materials replenishment? It's a HUGE task. That's the piece to watch because if that part fails then the whole thing falls apart. PD is crucial, but PD without materials is an absolute waste of time and money. Given their reluctance to learn from past mistakes of others, I am not optimistic.

When I wrote the item, it was after receiving a copy of the press release and calls from several reporters. I asked the reporters if they had received a copy of the "new," "first-ever" curriculum, and all replied "no, there is no curriculum." It was an announcement of DOE that it plans to get a curriculum, or more likely, to buy a set of textbooks and distribute them. When I queried one of the reporters about whether she knew about where the DOE planned to buy or get the curriculum, the reporter replied that the DOE spokesperson said that they don't want to name the vendor at this time. In other words, the press release was NOT accompanied by a release of anything that anyone would call a curriculum. As I said originally, it seems to have been an annoucment of an intent to get a curriculum next year or to buy materials.