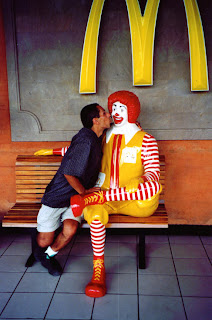 I posted these wire service articles on the NY Education News listserv, but thought a wider audience might be interested. It seems there was a bit of controversy yesterday around the DOE (yes, I know, it's hard to believe there'd be controversy surrounding the DOE, but life is full of surprises).

DOE TO PARTNER WITH McDONALD'S

March 5, 2007 (GBN News): Further details emerged today regarding the Department of Education's controversial plan to seek private funding for a merit pay plan for teachers. A source at the DOE informed GBN News that an agreement has been reached in principle between the DOE and the fast food company McDonald's to partner in providing supplemental pay.

While the plan has not been entirely finalized, it would apparently involve the company providing extra pay to teachers based entirely on their students' achievement. Achievement would be measured by a daily series of what will be termed "McQuizzes". Each day, teachers whose class averaged in the top 10% on these "McQuizzes" would receive an unspecified bonus.

The plan,conceived by corporate consulting guru Jack Welch, originally called for disincentives as well. However, it became apparent that the UFT contract would prohibit "firing the ass", as Welch put it, of all teachers whose class scored in the bottom 10%. Instead, students in those classes will be allowed to transfer to classes with "higher performing" teachers.

In a related story, the DOE is exploring the possibility of partnering with the q 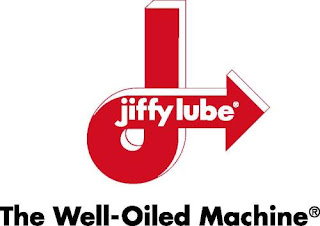 uick oil change company Jiffy Lube to develop timed performance standards for teachers. The corporate "turnaround" firm of Alvarez and Marsal has estimated that trimming the time for lessons by up to 80% would yield tremendous cost savings that could immediately be pumped back into increased consulting fees. According to Ken Barber, Manager of Learning and Training for Jiffy Lube International, "If we can train our technicians to change your oil in 10 minutes, we can train your teachers to do a lesson in the same period of time".

Naturally, as with all good ideas, there were objections. For example, one public school parent posted the following on the listserv:

"And what does changing oil have to do with teachers planning a lesson????? This is one of the most absurd comments that I have ever heard in my life. If that is the case, how about Indy race car drivers, who can change 4 tires and gas up a car in about a minute, do the same thing. ARGH!!!"

Well, the DOE is nothing if not responsive (we know this because they told us so). The very same afternoon, I found the following article:

March 5, 2007 (GBN News): Stung by criticism on the Yahoo NY Education News Listserv of the pending Jiffy Lube/DOE partnership to provide timed performance standards for teachers, Schools Chancellor Joel Klein announced late today that this plan would be dropped in favor of one now bei

ng negotiated with the Indianapolis Motor Speedway. The Chancellor acknowledged the criticism that the Speedway pit crews could provide much faster, more comprehensive teacher training than Jiffy Lube, and that this could thus save even more education dollars. New "Chief Family Engagement Officer" Martine Guerrier issued a statement taking credit for the timely change in plans, noting that this is the first time since Mayor Bloomberg took office that the DOE has actually responded to parent suggestions.