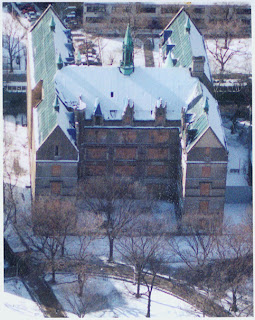 March 18, 2007 (GBN News): The controversial decision by the DOE to sell off PS 109 may be the result of a misunderstanding relating to the soon to be released Parker Brothers game, “Children First: A Game of Irony”. PS 109, a large, attractive school building on East 99th St., could have been used to ease the severe overcrowding in nearby schools. However, the DOE plans to sell the building for the price of $1.

According to sources, Schools Chancellor Joel Klein recently obtained an advance copy of the Monopoly-like game based on the NYC school system, and has been playing it incessantly with aides. Apparently, the Chancellor’s decision to sell off a “school” he had landed on in the game caused an over-zealous assistant to take him at his word and draw up sale papers to sell a real school. The aide, trained to act on the Chancellor’s orders without questioning, presented the sale papers to Mr. Klein, who, thinking it was part of the game, signed them.

Most educational observers agreed that this is the only possible explanation for the sale of PS 109. To sell such an ideal school building, especially for the bizarre price of $1, amidst the overcrowding plaguing the school system, is something even the current schools Chancellor could not have possibly done unless he either misunderstood or was totally divorced from reality.

In a related story, Reality filed for divorce this morning from schools Chancellor Klein, claiming that for all practical purposes, they were already divorced.
Posted by Gary Babad at 3/18/2007 07:03:00 PM

For more information , petitions and/or flyers contact gwe2000@aol.com
or go to www.saveps109.com

I am a journalism student at Columbia University doing a television piece on PS 109.

Please email me at nif2101@columbia.edu if you'd like your opinion to be expressed in the piece.